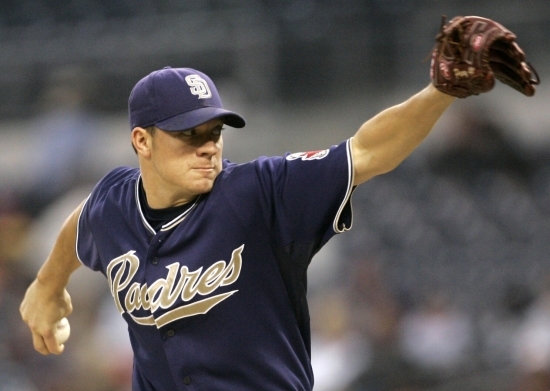 Jake Peavy debuted in the Majors in 2002, roughly three years after he was a throwaway pick (15th Round) in the Amateur Draft.

A righthanded starter, Peavy never left the Padres rotation for the entirety of his seven-year stay, with him emerging as the staff ace in 2004.  In that season, Peavy led the NL in ERA (2.27) and would be named to the All-Star Game the following season, this time finishing the year with a 2.88 ERA and a league-leading 216 Strikeouts.

Peavy failed to reach those heights again, and he would be traded to the White Sox at the 2009 trading deadline.  With the Padres, Peavy posted a 92-68 record with 1,348 Strikeouts, which as of this writing, is the franchise record.