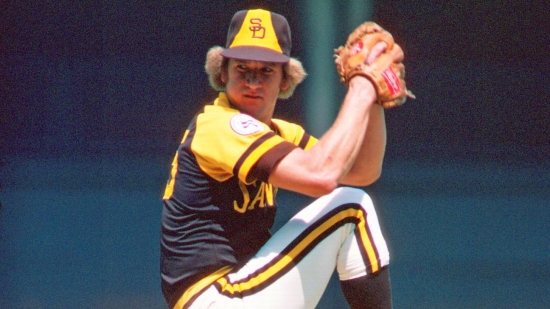 Randy Jones might be one of the most unexpected and forgotten Cy Young winners in history, but this was not a one-season wonder, as many might misremember.

Jones broke in the Majors with the Padres in 1973, going 7-6, but his sophomore year was abysmal.  While it was evident that Jones had talent, San Diego was not very good, and he lost a league-leading 22 Games against only 8 Wins and a 4.45 ERA.  He remained on the rotation going into 1975, and while the Padres brass knew the potential was there, what Jones put forth had to feel like it came out of the sky.

Jones might not have been able to have another monster year, as he was up and down over the next four years, never regaining an All-Star form but remaining a serviceable starter.  He was traded to the Mets after the 1980 Season, and while Jones had a losing record with San Diego (92-105), he was an integral part of the growth of the franchise.

In 1999, the Padres enshrined Jones into their inaugural Hall of Fame Class two years after they retired his number 37.