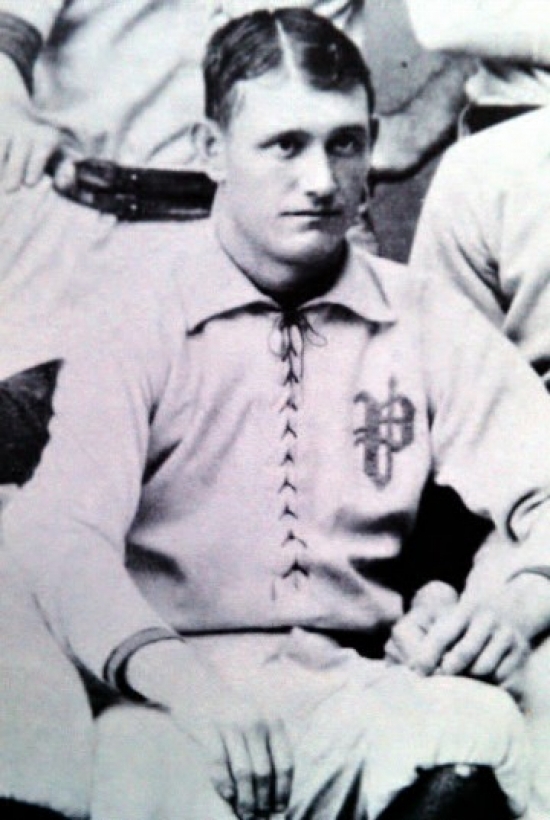 Ed Delahanty was a highly touted player in the late 1880’s (yes they did think longterm in baseball back then) and after a few years and a quick jump to the Player’s League and back, a refocused dedication to the sport saw him live up to those projections.

Delahanty would emerge as one of the top hitters in the National League in the 1890’s.  Four times he would lead the National League in Slugging, and would also have a season each where he topped the NL in Batting Average and in On Base Percentage.  A two-time Home Run Champion, Delahanty also led the League in Runs Batted In three times and exceed the .400 mark in Batting Average three times! While the on-field accomplishments of Delahanty were impressive, like so many of his time he suffered from alcoholism.  Allegedly in a drunken stupor he was kicked off a train after threatening passengers with a razor (he was apparently drunk).  He was found on the bottom of Niagara Falls after falling over them two weeks after being seen yelling about wanting to die.  He was only 35 years old.

Delahanty would enter the Baseball Hall of Fame in 1945 via the Old Timers Committee, and in 1984, he was placed on the Philadelphia Baseball Wall of Fame.