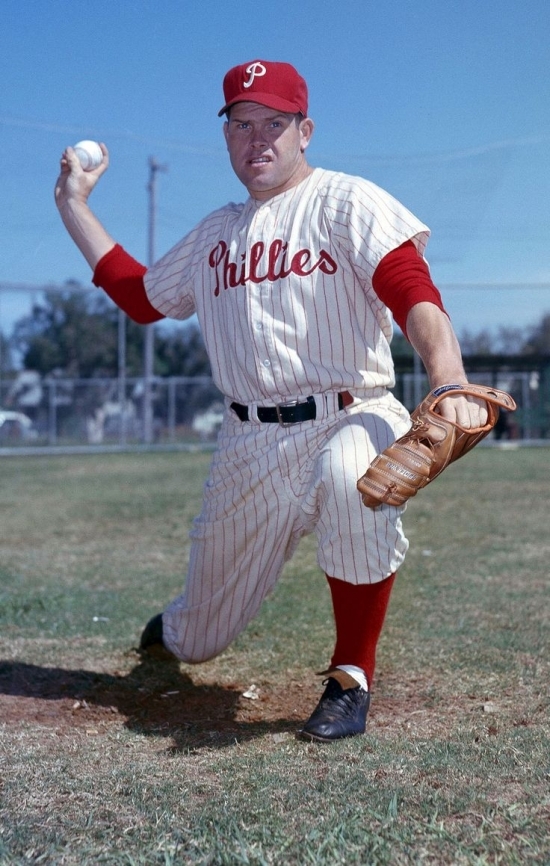 In the first half of the 1950’s, Robin Roberts made a case as the National League’s top pitcher, and had the Cy Young Award existed then, Roberts very well could have won five in a row, whether or not sabremetircs were thought of back then!

As you can guess from that last sentence, Robin Roberts put up excellent advanced metrics most notably leading the National League five years in a row (1950-54) in bWAR for Pitchers and his number was good enough to lead the entire NL.   Back then however, he still had the traditional numbers to catch eyes, also finishing atop the leaderboard in Wins four times and Strikeouts twice in that timeframe.  As mentioned, there were no Cy Young Awards back then but from 1950 to 1955 he finished 7th, 13th, 2nd, 6th, 7th and 5th respectively in MVP votes.  You think that wouldn’t translate into some Cy Youngs?

While Roberts dominated in the 50’s, the leader of the “Whiz Kids” could only get them to one Pennant (1950) and maybe that is why it took him four years to get into Cooperstown.  We do however have no problem stating that this is the best Phillie hurler ever and we don’t see that changing anytime soon.