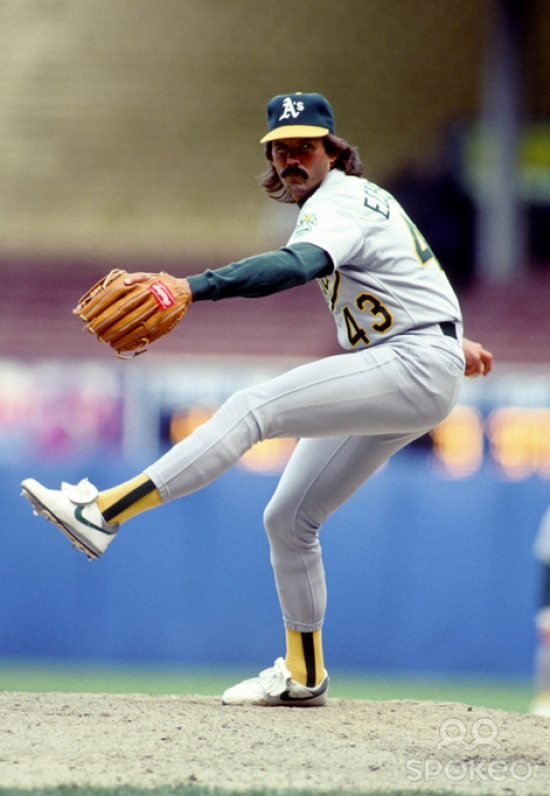 When the Chicago Cubs traded Dennis Eckersley in 1987 to the Oakland A’s, this was considered a demotion, or even a last chance of sorts.  “Eck” had been a starter in the Majors since 1975, and he had made two All-Star Games, but his alcoholism was threatening to take him out.  Oakland’s Manager, Tony LaRussa, envisioned him as a set-up man, which Is the role he took until Jay Howell, their existing closer got hurt.  Eckersley took on that new position, and it would eventually put him into the Baseball Hall of Fame.

The A’s would win the 1989 World Series, with Eckersley being a considerable part of that success.  While his Saves total went down to 33, he actually had a better season with a 1.56 ERA and a WHIP of 0.607.  Oakland won the 1990 American League Pennant (though lost to Cincinnati), and Eckersley again had sick numbers with an ERA of only 0.61 and a comparable WHIP of 0.614.  Perhaps because of the Save lead bias, he had fewer votes than he did for the Cy Young than he had in 1988.

After another good season in 1991, Eckersley reclaimed the Saves title with 51 (1.91 ERA & 0.913 WHIP), and that was the season he won the Cy Young and also the MVP.  He would play three more seasons, but age caught up to him, and he was not the same hurler.  He would sign with the St. Louis Cardinals in 1996, and played three more years, his last being with the Boston Red Sox.

Eckersley would get into the Baseball Hall of Fame in 2004.