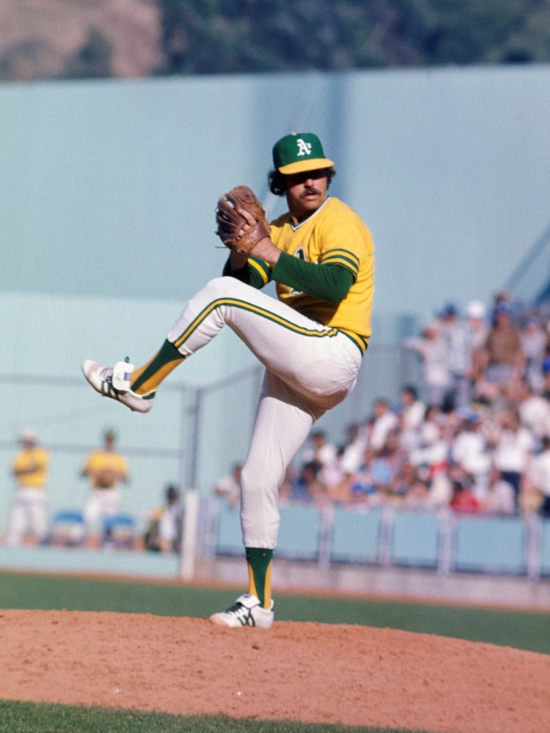 Jim “Catfish” Hunter received his colorful nickname from his team owner, Charlie O. Finley, who felt that gave his pitcher character.  That was a recurring theme for Finley, who did similar things with other players, but this is the story about the star pitcher for Oakland in the early 70s.

Hunter was signed by the Kansas City Athletics as an Amateur Free Agent in 1964, and he was on the roster the following year.  The hurler would be named an All-Star in both in 1966 and 1967, and the franchise relocated to Oakland, where he was their star pitcher.

In the playoffs for Oakland, Hunter went 6-2 with 49 Strikeouts.

The 1974 World Series would see the end of Hunter in an Oakland uniform.  He would sign with the New York Yankees as one of the first elite Free Agent signings of the modern era.  The overall numbers for Catfish in Oakland would see him post a record of 161-113 with 1,520 Strikeouts.

Hunter would enter the Baseball Hall of Fame in 1987.