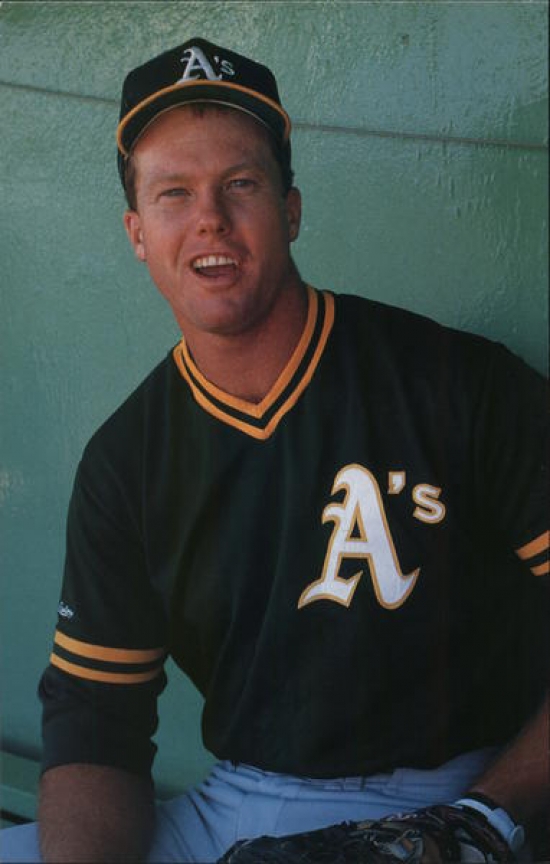 Mark McGwire may have set the single season Home Run record when he was with the St. Louis Cardinals, but it was in Oakland where he first became a star and would have his greatest overall success.

“Big Mac” broke out as a superstar in 1987 and would win the American League Rookie of the Year Award with a 49 Home Run Season that would lead the American League.  That was the second best power-season he would have with Oakland, but there was still a lot of wattage for McGwire in the Bay Area.  He maintained substantial numbers and would blast over 30 in the next three years, and would have a 42 Home Run year in 1992.  McGwire was a significant part of Oakland's three straight American League Pennants and the 1989 World Series win.

After being injured for much of the 1993 and 1994 season, McGwire would gain his second Home Run Title in 1996.  He would be traded to the St. Louis Cardinals during the following year.

Mark McGwire would blast 363 Home Runs with a .551 Slugging Percentage with Oakland.  He would also be named an All-Star nine times in Oakland.