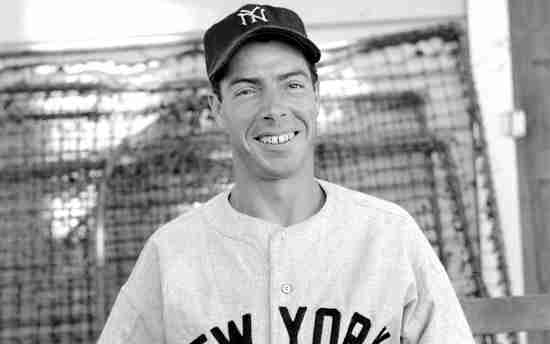 Was Joe DiMaggio the first athlete to hook up with a major celebrity?

We aren’t sure, but the pairing of DiMaggio and Marilyn Monroe will go down as the most elite pairing of an athlete and celebrity of all-time.


Let’s also state this:  DiMaggio didn’t need Monroe to be a superstar.  His bat did that for him.

“Joltin” Joe dominated nearly every year he played.  Missing three seasons due to WWII, DiMaggio was named an All-Star in all thirteen seasons that he played and would be named the Most Valuable Player in three of them.  The Hall of Fame inductee finished second in MVP voting twice, third once, and had another four years where he finished in the top ten.  The only season where he didn’t receive a vote in the MVP race was his final year.

DiMaggio was the definition of a winner.  He was a nine-time World Series Champion.  He would retire with an incredible Slash Line of .325/.398/.579 with 361 Home Runs and 2,214 Hits; all of which would likely have been higher had he not gone to serve in the War.

The Yankees retired his number 5 in 1952 and DiMaggio was inducted into the Hall of Fame in 1955.