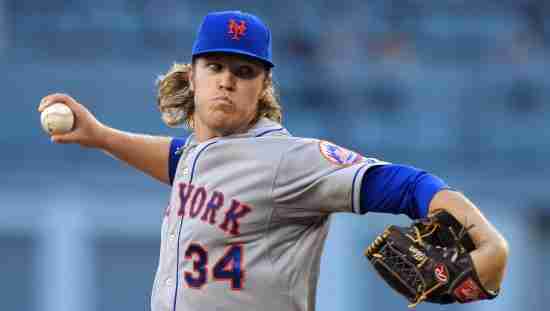 
Syndergaard was traded in 2012 from the Toronto Blue Jays organization, and they have been regretting it every day since.  He would reach the Majors in 2015 and was fourth in Rookie of the Year voting.  Syndergaard was an All-Star the following season but missed most of 2017 due to arm trouble.  He came back in 2018, posting two winning seasons but arm trouble reared its ugly head again, and he missed all of 2020 due to Tommy John surgery, and more trouble caused him to only pitch in two Games in 2021.