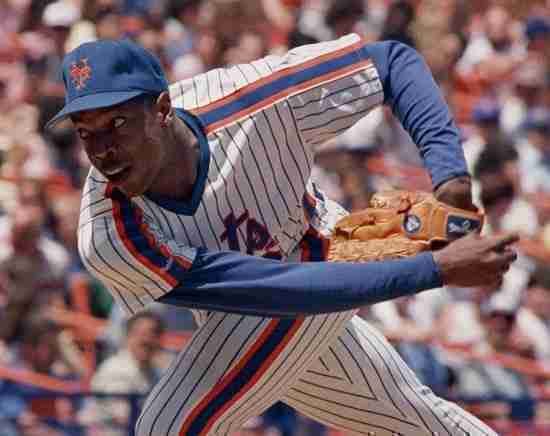 Granted, there are many who when they hear the name of Dwight Gooden, they think of what might have been.  Saying that there should be (and hopefully are) people who when the Doc’s name comes up remembers the dominating pitcher who for a two year stretch was considered the best in the game and a must watch phenomenon.


Like Tom Seaver, Dwight Gooden won the National League Rookie of the Year Award, though he would have a more dominating inaugural campaign, finishing second in Cy Young voting and leading the NL in Strikeouts, FIP and WHIP.  Astoundingly, Gooden would shave a full run off his ERA in his second year (of course leading the NL in that stat) had a disgusting 12.2 bWAR and would win the Cy Young.

As bizarre it sounds, that was Gooden’s peak, which was only at age 20.  This isn’t saying that “Dr. K” still didn’t produce, as he would have three more top ten Cy Young finishes as a Met and helped them win the 1986 World Series, but it was clear that external factors (namely drugs) were preventing him from being everything he could be.

Despite all of those issues, he is more than good enough to warrant this spot and many Mets fans recall what he did on the field as opposed to what might have been.