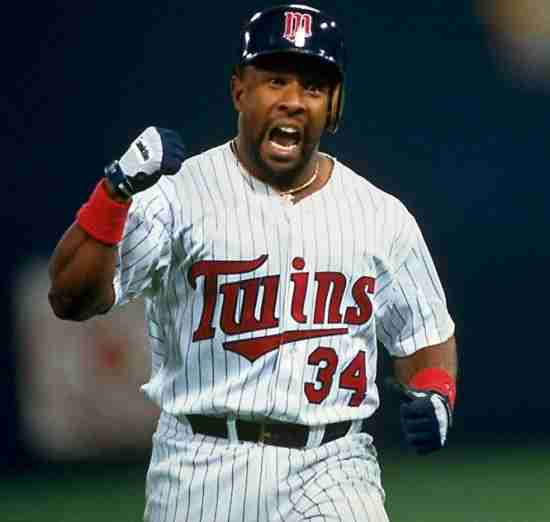 Kirby Puckett was easily the most popular Minnesota Twin of his era.  He was also the best player they had during that same time frame.

Puckett played twelve seasons in MLB, all of which were with the Twins.  Shortly after his debut, he achieved baseball stardom by becoming the leader of his team and was unquestionably the star behind two World Series Championships in 1987 and 1991.


An extremely productive hitter, Puckett would lead the American League in Hits four times, win a Batting Title once, and had nine seasons where he batted over .300.  His overall Slash Line was an exceptional .318/.360/.477 with 207 Home Runs.

Issues with eyesight forced an early retirement but Puckett would still enter the Baseball Hall of Fame in 2001, his first year of eligibility.  Without question, Kirby Puckett was the best player of this era of the Minnesota Twins franchise.

The Twins would retire his number 29 in 1997, and three years later was inducted to the first Twins Hall of Fame.