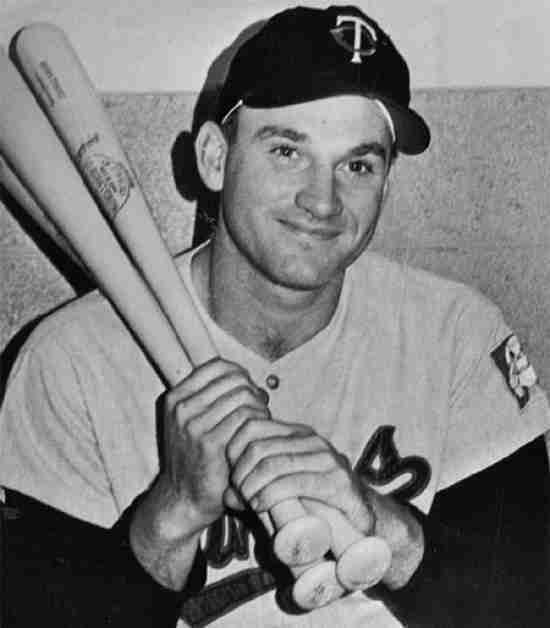 Harmon Killebrew was signed under the then “Bonus Rule” meaning that the 18 year old had to spend two full seasons in the Majors before he was essentially ready.  The Washington Senators would then take their time developing the budding power hitter, and they were right to do so.  “The Killer” was clearly worth the wait.


Killebrew would become the team’s starting Third Basemen in 1959 and went to his first of what would be thirteen All Star Game appearances.  “Hammering Harmon” was a power hitter, one of the best ever.  He would win the Home Run Title six times and go over 40 dingers in a season eight times.  559 of his 573 career Home Runs was as a Twin, and while he was never really thought of as a great hitter for average, he would four times lead the American League in Walks, one of those seasons saw him get enough free passes to win the On Base Percentage Title in 1969, which by the way was an MVP season for him.  Five other times, Killebrew would finish in the top five in MVP voting.

In 1984, Harmon Killebrew would go into the Baseball Hall of Fame, nine years after Minnesota retired his number 3, making him the first Twin to earn that honor.  The Twins also honroed Killebrew by enshrining him as part of their first Hall of Fame Class in 2000.