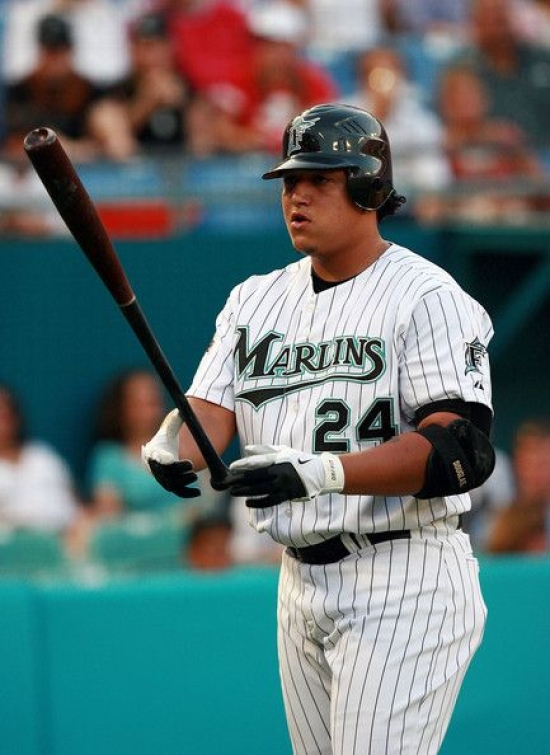 Miguel Cabrera should always be thought of first as a Detroit Tiger, but it should never be forgotten that his MLB career began in Florida.`

From Venezuela, Cabrera signed with the Marlins in 1999 and would make his debut with the squad in 2003, finishing fifth in Rookie of the Year voting.  Cabrera was an All-Star the next four seasons, proving himself to be one of the most dynamic young hitters of the game.  From 2004 to 2007, Cabrera had at least 26 Home Runs and 112 RBIs, all of which while posting a Slugging Percentage well over .500.

As with the case of all dynamic young players that would likely see a pay increase in their future, Cabrera was traded, with Detroit being his landing spot.  With the Marlins, Cabrera belted 138 Home Runs, 523 RBIs with a filthy Slash Line of .313/.388/.542.