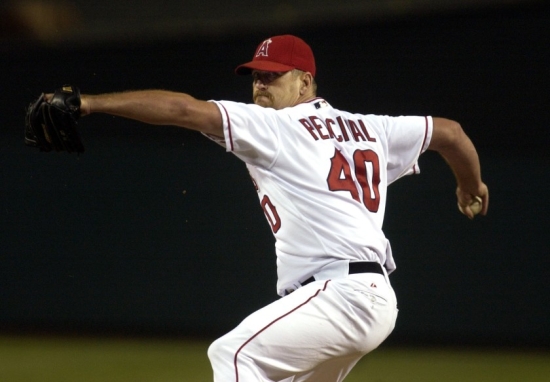 Troy Percival debuted in MLB with the California Angels in 1995, where he appeared in 62 Games in late relief, finishing 16 Games.  Percival was fourth in Rookie of the Year voting, and it was a springboard to becoming the Angels’ closer in 1996.

Percival was the primary reliever for the Halos from '96 to 2004, going to four All-Star Games, and had at least 30 Saves in all of those years except for 1997.  The Angels had put it all together in 2002, with Percival closing seven games in the playoffs.

With Francisco Rodriguez waiting in the wings, Percival left as a Free Agent for Detroit after the 2004 campaign.  Percival recorded 316 of his 368 Saves with the Angels.