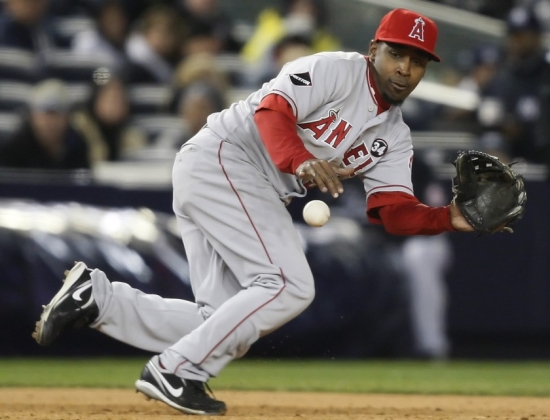 The Colorado Rockies drafted Chone Figgins, but before he made it to the Majors, he was traded to the Angels, which worked to his benefit.

Figgins made it to the bigs in 2002, playing a small role in the Angels' World Series Championship. Playing mainly at Third, Figgins was a regular starter in 2004, and through the rest of the decade, he was one of the top base-stealers in Baseball.  Figgins swiped at least 30 bases annually from 2004 to 2009 for the Angels, including a league-leading 62 in 2005.  He did not bring much power but did spray the ball often, collecting 1,045 Hits for the Halos, and was the league leader in Walks in 2009.  Figgins was an All-Star that year, the only time he would be, which was his final season in Los Angeles, as he left for Seattle as a Free Agent at season's end.