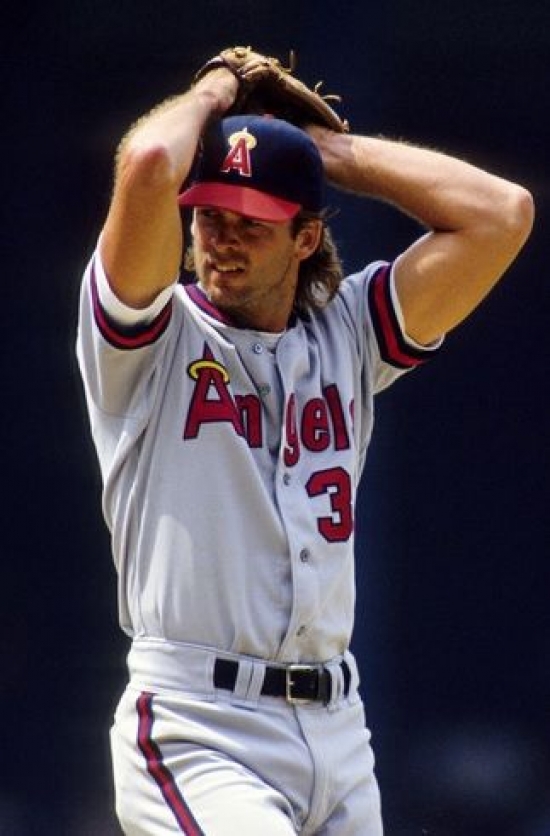 Chuck Finley played most of his career with the Angels, beginning from being a First Round January Secondary Draft choice in 1985.

The southpaw first made the Angels roster in 1986, and he came out of the bullpen for his first two years before becoming a part of California's roster in 1988.  Finley did not do well in his first year, but he was an All-Star the next two years with ERAs under 2.60 and at least 150 Strikeouts.

Finley left the Angels when he signed with Cleveland as a Free Agent after the 1999 Season, and with the Halos, he had a 165-140 record with 2,151 Strikeouts.  He is, as of this writing, the all-time franchise leader in Wins and Innings Pitched (2,675) and is second in Strikeouts.

In 2009, Finley was inducted into the Angels' Hall of Fame.