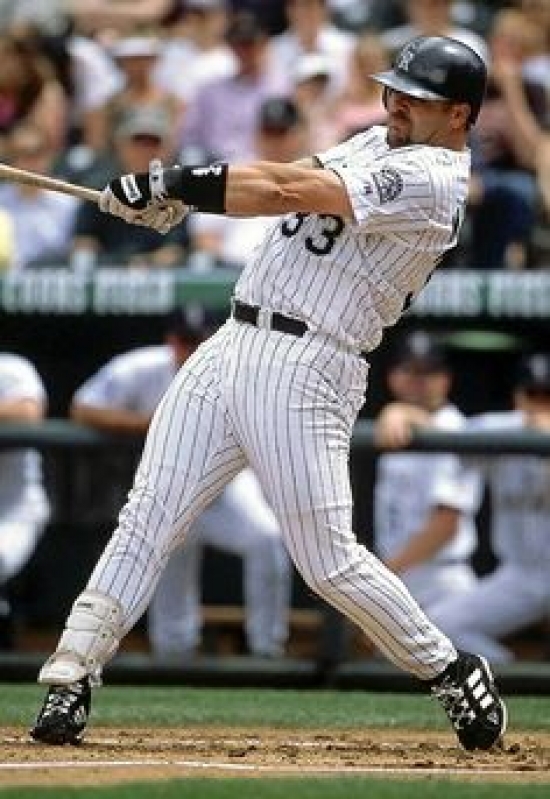 Already a proven commodity as a Montreal Expo, Canadian, Larry Walker certainly found Coors Field to his liking.  Walker would explode in 1997, winning the National League MVP Award, the Home Run Title, while boasting a Slash Line of .366/.452/720.  Not only did Larry Walker consistently hit over  .300 with Colorado, but he also had four seasons where he batted over.350!  Not surprisingly, this resulted in three batting titles, and with his excellent power numbers, he would also have five seasons over 1.000 in OPS.  Helton may be ranked higher for his overall play and lengthy tenure in Denver, but the best pure hitter that Colorado had has to be Larry Walker.

Walker would enter the Baseball Hall of Fame in 2020, on his tenth and final year of eligibility, and Colorado would retire his number 33 the year after.