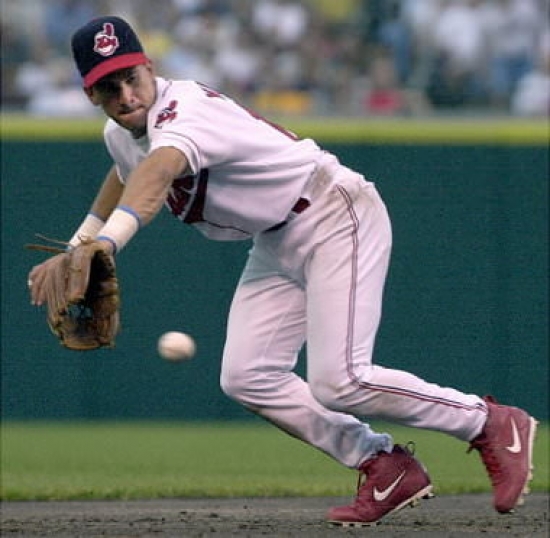 Historically speaking, it is safe to say that one of the best defensive players of all-time is Omar Vizquel, who, as of this writing in ninth all-time in Defensive bWAR.  Much of that was accumulated as a member of the Cleveland Indians.

Playing at Shortstop, Vizquel began his career with the Seattle Mariners, where he played his first five seasons before he was traded to Cleveland after the 1993 Season.  Vizquel, who won the Gold Glove in his last year in Seattle, would rattle off another eight in a row, always with one of the highest Fielding Percentages in the AL.

Vizquel was not a great hitter, but he was good enough. With Cleveland, the Venezuelan had eight 150-Hit years, collecting 1,616 in total with the team.  A three-time All-Star, Vizquel was a good base-stealer, with 279 of his 404 Stolen Bases taking place in an Indians uniform.  He batted .283 for Cleveland, a more than respectable number, although his OPS was only .731.

Vizquel’s playing days in Cleveland ended when he signed with the San Francisco Giants in 2005, and he would continue to play in the Majors until 2012 when he was 45.