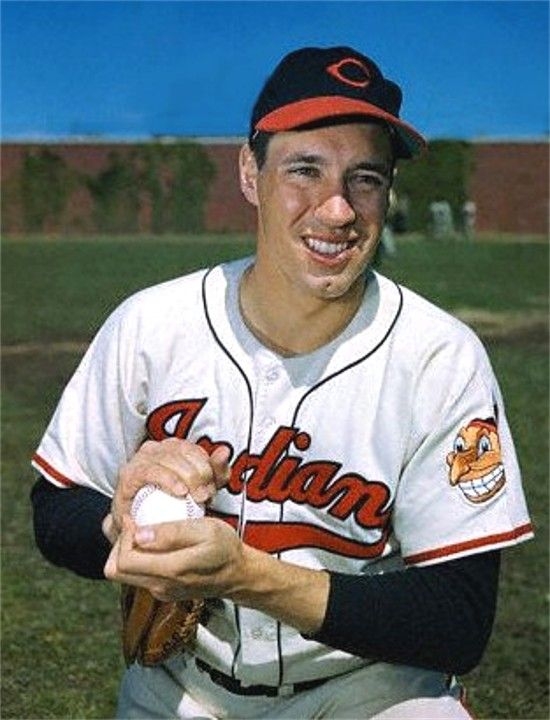 In our eyes, Bob Feller is not just the greatest Pitcher in the history of the Cleveland Indians, but he is the greatest player ever to play for the team.  As seen by the names that follow him on this list, it wasn't an easy decision, but Feller's overall accomplishments proved just too challenging for any other Cleveland Indian to overcome.

Feller was a baseball prodigy, bypassing the minors and debuting in 1936 for the Tribe at age 17.  The Indians used him cautiously, easing him into a regular role with the knowledge that Feller could be something special, and the Indians were right on point with that assessment.

Feller's peers (namely Ted Williams) believed that Feller had the fastest pitch in baseball.  It is possible that the righthander had the fastest ever, but radar guns were not used back then, so calculating is impossible.  Nevertheless, Feller became an unquestioned star, establishing himself as the best young Pitcher in the American League in 1938, going to the All-Star game that year and finishing with a 17-11 record and 240 Strikeouts, which topped the AL.  Feller was now the team’s ace, but this was just the beginning.

The promise of Feller’s right arm (which also could throw a devastating curveball) came to fruition in 1939, where he left no question who was the best in the AL.  In each year from '39 to '41, Feller was the league-leader in Wins, Strikeouts, and in 1940, he was also first in ERA in WHIP.  Feller was second in MVP voting that year, a lovely end to a year that began by throwing an Opening Day no-hitter, his first of three "no-nos” over his career.

Feller was one of the many Major League Baseball players who left to the game to serve their country during World War II, and he missed three and a half years of baseball.  Returning during the 1945 season, Feller was back, striking out 346 batters in 1946, leading the AL.  He led the league in Ks the next two seasons, and was also the American League leader in Wins in 1946 and 1947.  Feller led Cleveland to a World Series win in 1948, although he was not great in that Fall Classic.

Feller was first in the AL in Wins for the sixth time in 1951, marking the sixth time he was a 20 Game winner.  He played until 1956, with his last two seasons seeing age and arm fatigue catch up with him.  The flamethrower retired with a record of 266 and 162 with 2,581 Strikeouts.

After his career ended, Feller was a pioneer in working towards fighting for a reserve clause in baseball and appearing at memorabilia conventions, which created additional sources of income for players.

Feller was inducted into the Baseball Hall of Fame in 1962, his first year of eligibility.  Five years earlier, Cleveland named him to their Hall of Fame.

More in this category: 2. Nap Lajoie »