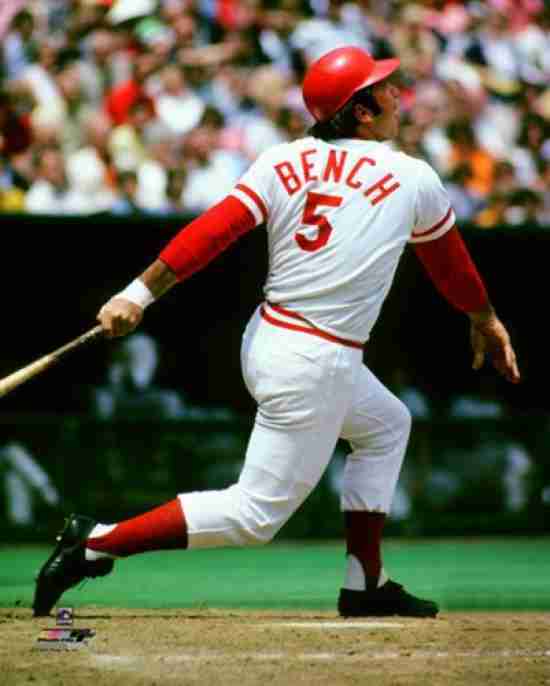 The Cincinnati Reds Catcher was not just one of the best offensive players at his position ever, but he also backed that up with stellar defense and a cerebral way to call his staff.


A two-time National League MVP, Bench would smack 389 Home Runs and would set a power record (since broken) for Catchers.  On two occasions Bench would lead the NL in Home Runs, and three times in Runs Batted In.  A fourteen-time All-Star, Bench would secure ten Gold Glove Awards, and was believed to be as good defensively as he was with his bat.  Bench was a huge component of Cincinnati's two World Series wins in the 70s, and was the MVP of the 1976 Fall Classic.

It was no shock that Johnny Bench would become a first ballot Baseball Hall of Famer in 1989.  The Reds retired his #5 in 1984, the year after he retired.