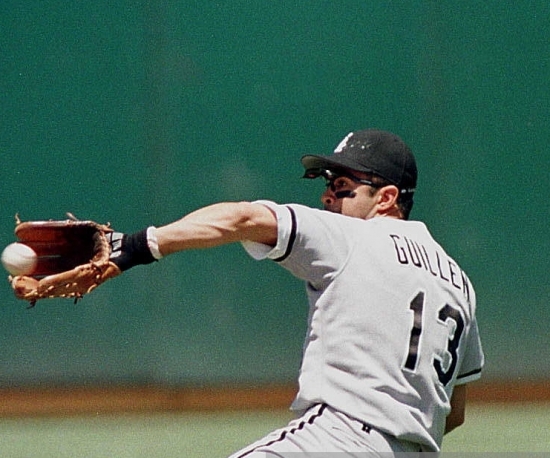 Ozzie Guillen debuted in the Majors in 1985, and he would become the American League Rookie of the Year.  Guillen affixed himself as the White Sox' starting Shortstop for well over a decade, and he would be named to three All-Star Games while smacking s solid 1,608 Hits for the franchise.

This may seem like a low rank for the reasons below;

Ozzie Guillen played for Chicago for 13 seasons, but it is hard for us to rank a player who had an On Base Percentage of .286 at a high rank.  We can’t do it any higher.  Especially, when we have an OPS of .625.  It also feels like it is low, as Guillen would later become a star Manager for Chicago and was the Manager of the Year and was a World Series Champion in 2005.