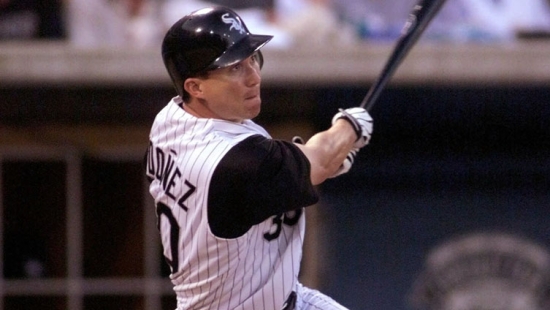 Playing the first half of his career with the Chicago White Sox, Magglio Ordonez first made the Majors in 1997 six years after being signed as an Amateur Free Agent from Venezuela.

Ordonez became the starting Rightfielder the next season, and from 1999 to 2002, he provided Chicago a strong power game with at least 30 Home Runs and 110 RBIs annually.  Twice a Silver Slugger and four times an All-Star with the Pale Hose, Ordonez was also an excellent hitter who batted over .300 each year from '99 to '03.  He would sign with Detroit in 2005, thus ending his run with Chicago, but he left the team with 1,167 Hits, a .307 Batting Average with 187 Home Runs.