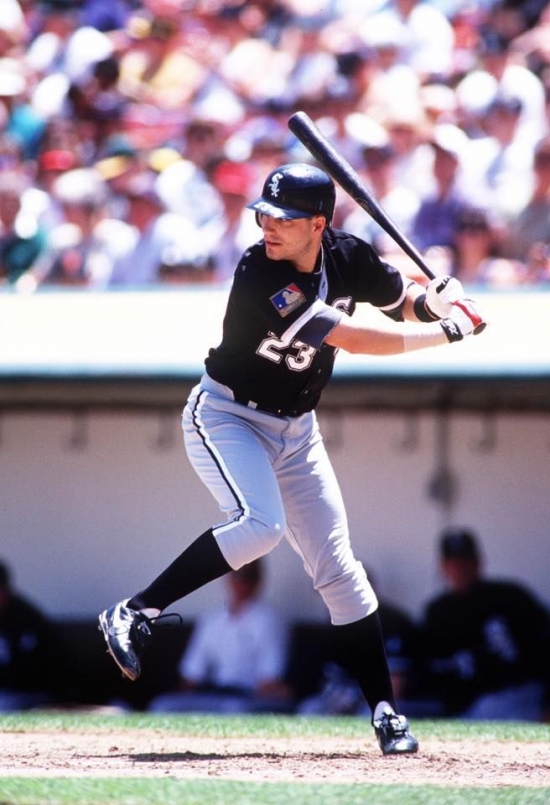 Forget about Robin Ventura’s face meeting Nolan Ryan’s fist.  This was a very good Major League baseball player who was a former first round pick and was a two-time All-Star, the first one being with Chicago.

Ventura debuted for the Chi-Sox in 1989 and was the full-time Third Baseman the following year.  By 1991, his power game blossomed, and he would have four 20 Home Run seasons with two of those years seeing him eclipse 100 Runs Batted In.

He was also a very good defensive player.  The Third Baseman won five Gold Gloves with the White Sox and finish first at his league position in Total Zone Runs.

Ventura signed with the New York Mets as a Free Agent, and with Chicago, he accumulated 1,244 Hits with 171 Home Runs.