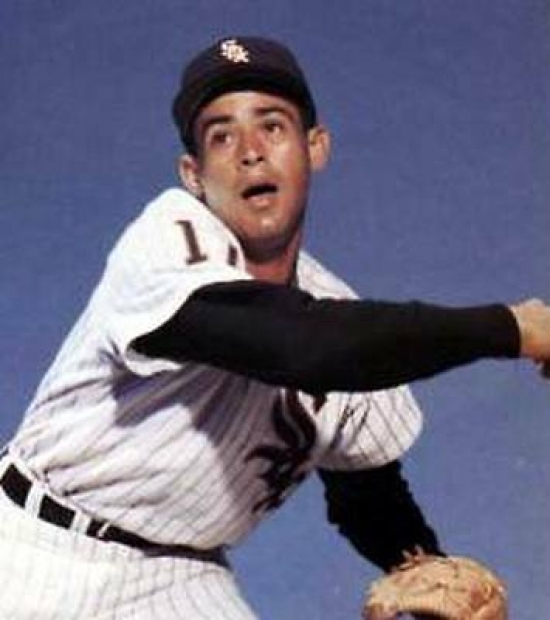 From Venezuela, Luis Aparicio was signed as an Amateur Free Agent in 1954, and two years later, he was the first Latin American player to be named the Rookie of the Year.  The Shortstop would lead the American League in Stolen Bases with 21, and he would swipe more bases than anyone else in each of the next eight years, six of which were with the White Sox.

He went to his first All-Star Game in 1958, and in his next five years with Chicago, he was a fixture in the mid-summer classic.  In addition to his speed on the base paths, his defense had few peers.  Aparicio was an eight-time Gold Glove winner with Chicago, and while the Gold Glove has historically gone to players it shouldn’t have, the Venezuelan Shortstop is not one of those players.  With the White Sox, his overall Defensive bWAR of 20.7, which dwarfs many other players who were known for his defense.  Keep in mind, and this number was just what he did in Chicago!

Aparicio was traded to Baltimore in 1973, where he would play for five seasons, and he would be traded back to Chicago for three more years.  He wasn't as quick, but he would go to the All-Star Game in 1970.  He was dealt to Boston after.

If this rank seems a tad low, Aparicio had poor power numbers (.348 Slugging), but an even weaker On Base Percentage of .319 as a member of the White Sox.  It got better in his second run, but these do matter in the overall picture.  He would have 1,576 Hits and 318 Stolen Bases with the White Sox.

Aparicio would be chosen for the Baseball Hall of Fame in 1984, and he would become the first person from Venezuela to earn this prestigious honor.  Chicago retired his number 11 the same year of his Cooperstown honor.