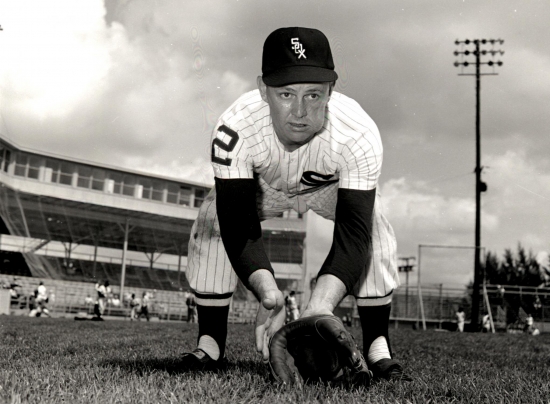 The offensive leader of the Chicago’s “Go-Go Sox” teams of the 50s, Nellie Fox first arrived in the Windy City when he was traded after the 1949 season straight up for Joe Tipton.  This transaction would turn out to be one of the most lopsided trades in history, as Tipton would only have 113 Hits for the Athletics, and Fox would begin his march to Cooperstown.

Fox was also known for his exemplary defensive skills.  He would win three Gold Gloves and would have gained a lot more put the trophy did not come into existence until 1957.  Fox led the American League Second Basemen in Total Zone Runs four times and Fielding Percentage six times.

Fox would enter the Baseball Hall of Fame in 1997.