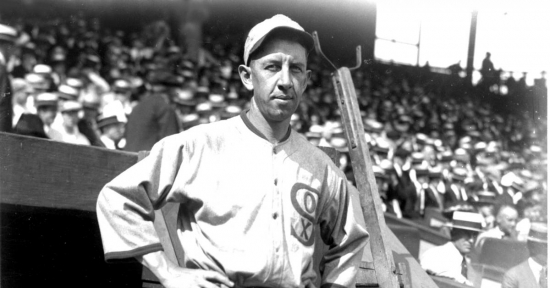 Eddie Collins had already established himself as an elite baseball player, having led the Philadelphia Athletics to a World Series win in 1910, 1911, and 1913.  In 1914, he would win the American League MVP Award.  Despite the success of the Athletics, Connie Mack unloaded some of his best players for cost-cutting purposes, and despite receiving a considerable offer to stay (as opposed to jump to the Federal League), Collins declined.  He would be sold to the Chicago White Sox for $50,000, a colossal amount for that time.

The Second Baseman was still in the prime of his career and would start his run with the White Sox with two .300 seasons and significant assistance in winning the 1917 World Series.  He would miss a lot of 1918, but again batted over .300, and helped them reach the World Series again.  This was however the season of the infamous Black Sox team that threw the Series.  As Collins was not part of it, he remained with his reputation and career intact.

While the White Sox were embarrassed, Collins would begin his best run at the plate for the team.  He batted .372 in 1920, and he would not dip below .324 in any year for the rest of his White Sox tenure.  That end cane after 1926, where after three seasons as their Player/Manager, he returned as a Player/Coach with Philadelphia.

Collins entered the Baseball Hall of Fame in 1939.