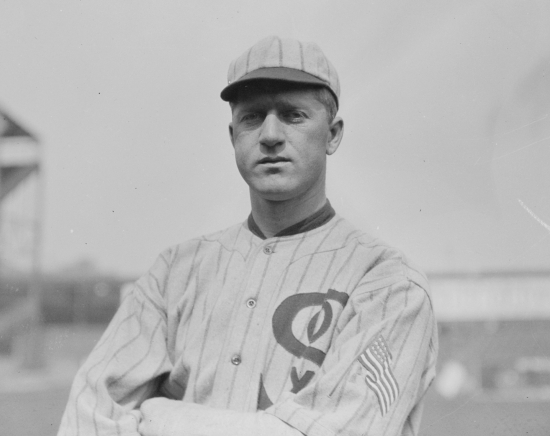 A 20-year veteran of the White Sox, Red Faber played all of his two decades in the Majors in the Windy City.

Faber debuted for the team in 1914, and in 1915, he would win 24 Games, establishing himself as one of the better pitchers in the American League.  With a vast repertoire of pitches (including the spitball), Faber would help the White Sox win the 1917 World Championship, where he would win two games.

The next two years would not be good for Faber.  He missed most of 1918 due to serving in World War I, and he was hurt for much of 1919.  That kept him out of the World Series, the year of the Black Sox scandal, and it is believed that he would have been above reproach.  Had he been able to pitch, it could have been an entirely different result.

From 1923 to 1933, Faber was up and down with his stuff, but his dugout presence made him invaluable to the team.  He would be released in 1933, and he retired shortly after.

Faber would enter Baseball Hall of Fame in 1964.