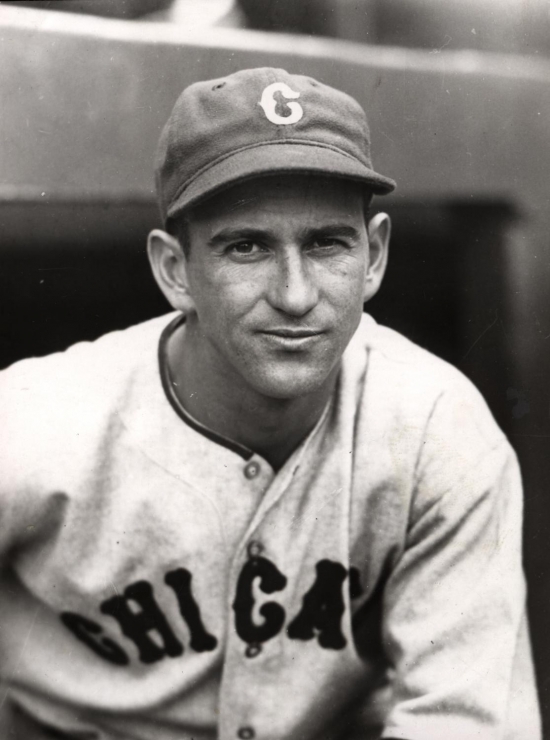 Luke Appling would play his entire career with the Chicago White Sox, which would span 20 years.  Debuting with the Sox in 1930 after his contract was purchased from Atlanta in the Southern Association, he played sparingly that year, though he would see more action the season after.

By 1932, Appling was named the starting Shortstop, and he would also soon become their leadoff hitter.  As a hitter, Appling was not known for power, but in those days, infielders rarely were.  However, he made great contact and worked the count before most people really understood how valuable that was.  From 1933 to 1941, Appling batted .300 or more, peaking with a spectacular .388 Batting Title year in 1936.  That season would be his best in terms of Batting Average, but also in On Base Percentage (.474), Slugging Percentage (.508), Runs Scored (111), Hits (204), and Runs Batted In (128).  He would finish second in MVP voting behind Lou Gehrig of the New York Yankees.

Defensively speaking, Appling may have made a lot of errors, but he took a lot of chances and had better range and speed than most of his contemporaries.  He would have three seasons where he went over 2.0 in Defensive bWAR, and he was first among all American League Shortstops in Assists and would have won many Gold Gloves had that existed then.

The seven-time All-Star would also win the Batting Title in 1943, and also finished second in MVP voting.  Appling was in the military in 1944 and came back late in the 1945 season, and would still be a very good player into his early 40s.

Oh, and we have also to mention that Appling had one of the strangest nicknames in sports.  Dubbed "Old Aches and Pains," the Shortstop had a penchant for whining about every minor injury, whether he had one or not.  That alone puts him on this list, not that he needed it!

Over his career, Appling would collect 2,749 Hits over 2,422 Games, both franchise records.

Appling entered the Baseball Hall of Fame in 1964.