When it comes to iconic sports teams in North America, few can come close to the Chicago Cubs.

The Cubs did well in the first decade of the 1900s where with stars like Joe Tinker, Johnny Evers, Frank Chance, and Three Finger Brown and would win the World Series in 1907 and 1908.  That would begin the longest championship drought in sports.

You know the story.  The alleged curse of the goat.  Steve Bartman.

As of this writing, three World Series Championships is not very many for a team that has been around since the beginning, but again, how many organizations are as well known as the Cubbies!

Note: Baseball lists are based on an amalgamation of tenure, traditional statistics, advanced statistics, playoff statistics, and post-season accolades. 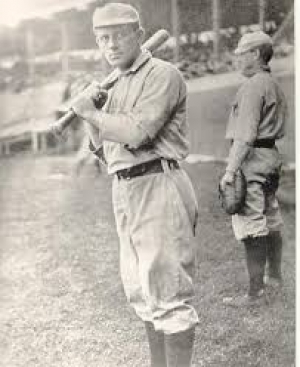 Top 50 Chicago Cubs
Add new comment
Bill Dahlen played his first eight seasons in Chicago, which is where the legend of “Bad Bill” began.  As a member of the Colts/Orphans, Dahlen proved to be a very good hitter who had three .300 seasons and was .299 overall for Chicago.  Dahlen would collect 1,170 Hits with 561 RBI for the team with a 34.0 bWAR.
Read more 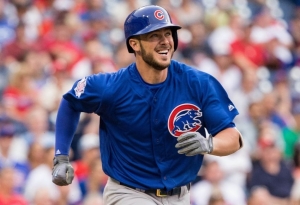 Top 50 Chicago Cubs
Add new comment
While we stated that Anthony Rizzo was the heart of the Cubs 2016 World Series Championship, Kris Bryant was the star.
Read more 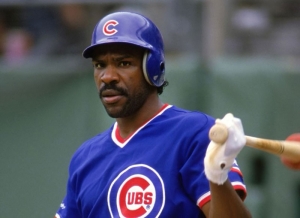 Top 50 Chicago Cubs
Add new comment
The story of Andre Dawson has long been told when it comes in relation to the Chicago Cubs.  It was the year of "Collusion," and Dawson and his agent agreed to a blank amount in front of the Cubs management.  The Cubs would sign him for a half a million dollars, a bargain in every stretch of the word.  "The Hawk" would then proceed to have the best season of his career where he blasted a league leading 49 Home Runs, and 137 Runs Batted In and would win the National League MVP Award.  Dawson never had a year like…
Read more 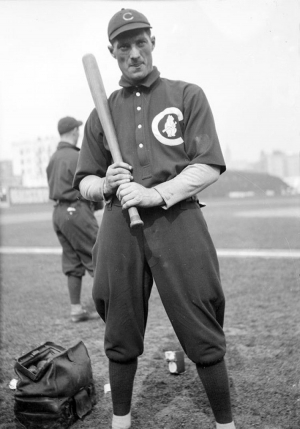 Top 50 Chicago Cubs
Add new comment
Heinie Zimmerman was a member of the Chicago Cubs World Series Champions in 1907 and 1908, but this was early in his career, and he didn't play much for the Cubs at the time. Instead, he would come into his own in the early 1910s, and in 1912 specifically, he would win the Triple Crown with a stellar .372 Batting Average.  Zimmerman would also lead the National League in Hits (207), Doubles (41), and Slugging Percentage (.571) but amazingly only finished sixth in MVP voting.  Zimmerman would have two other .300 seasons, and overall as a Cub, he would bat…
Read more 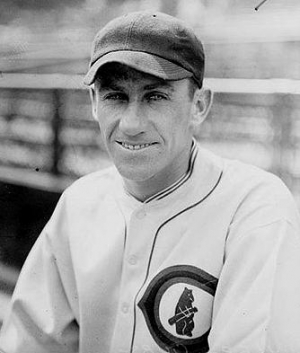 Top 50 Chicago Cubs
Add new comment
While Kiki Cuyler’s best years in baseball were as a Pittsburgh Pirate, he actually spent more time with the Chicago Cubs.  Playing 949 Games for Cubs, Cuyler would have five seasons where he batted over .300, two of which would see him exceed .350.  Cuyler's first three years in Chicago (1928-30) would see him lead the National League in Stolen Bases, and he would also finish first in Doubles in 1934.  Overall, he batted .325 with 1,199 Hits for the Cubs, and he would be chosen for the Baseball Hall of Fame in 1968 when he was voted in by…
Read more 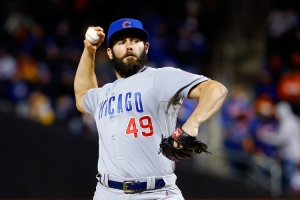 Top 50 Chicago Cubs
Add new comment
It is safe to say that midway through the 2013 season that when the Baltimore Orioles traded Jake Arrieta (with Pedro Strop) for Steve Clevenger and Scott Feldman that the Cubs got the better end of the deal.
Read more 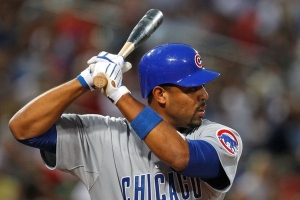 Top 50 Chicago Cubs
Add new comment
A World Series Champion with the Florida Marlins in 2003, Derrek Lee was one of the many players who was jettisoned off in their fire sale.  Lee would play for the Cubs for six and a half seasons, where he had 1,046 for the team with a beautiful Slash Line of .298/.378/.524 and was a two-time All-Star.  He will always be remembered for his spectacular 2005 season, where he won the Batting Title (.335), Slugging Title (.662), and OPS Title (1.080), and he would have career highs in Home Runs (46).  He would finish third in MVP voting that year,…
Read more 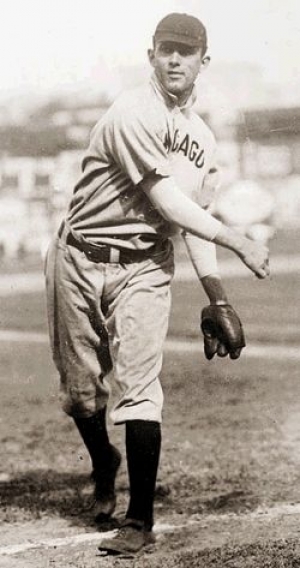 Top 50 Chicago Cubs
Add new comment
A Pitcher for the back-to-back World Series Championship teams in 1907 and 1908, Ed Reulbach was the beneficiary of playing for some potent Cubs teams.  It certainly didn't hurt his winning percentage as he would lead the National League three years in a row in that category (1906-08), and he had at least 17 Wins in his first five years.  The success of his team didn't mean that he didn't help his cause as he had an ERA under 2.00 in four of those years, all of which were good enough for a top six finish.  Reulbach would also lead…
Read more 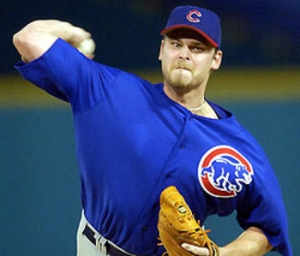 Top 50 Chicago Cubs
Add new comment
Kerry Wood may not have had the career in the majors that he was pegged to have when he was a 21-year old flamethrower, but this was still a strong run for the Strikeout master.  For the Cubs, Wood became a two-time All-Star (2003 & 2008) and would lead the National League in Strikeouts in 2003.  He would throw for 1,470 Strikeouts over 1,278 Innings for 80 Wins.
Read more 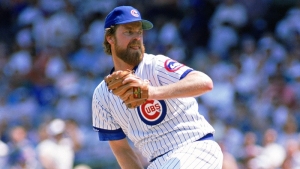 Top 50 Chicago Cubs
Add new comment
There have been a lot of unlikely Cy Young winners over the years, but perhaps nobody more shocking than Rick Sutcliffe, who won the NL version of 1984.  This is not because he wasn't a good Pitcher or a flash in the pan but because he never arrived in the National League until June 13.
Read more

Buy your Tickets to see Spring Training: Pittsburgh Pirates at Baltimore Orioles at Ed Smith Stadium in Sarasota, FL HERE for as little as $53!

Buy your Tickets to see Spring Training: Miami Marlins at Houston Astros at FITTEAM Ballpark of the Palm Beaches in West Palm Beach, FL HERE for as little as $43!

Buy your Tickets to see Spring Training: Boston Red Sox at Minnesota Twins at CenturyLink Sports Complex in Fort Myers, FL HERE for as little as $50!

Buy your Tickets to see Spring Training: Washington Nationals at St. Louis Cardinals at Roger Dean Stadium in Jupiter, FL HERE for as little as $94! 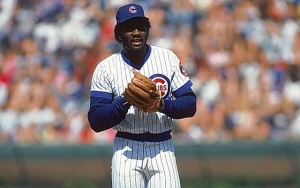 Top 50 Chicago Cubs
Add new comment
Lee Smith began his career with the Chicago Cubs, where he would play his first eight seasons of his 18-year career.  Smith would be a two-time All-Star for Chicago, and he was the league leader in Saves in 1983 and was the three-time runner-up in that department as a Cub.  He would have 180 of his 478 career Saves with Chicago.
Read more
Subscribe to this RSS feed