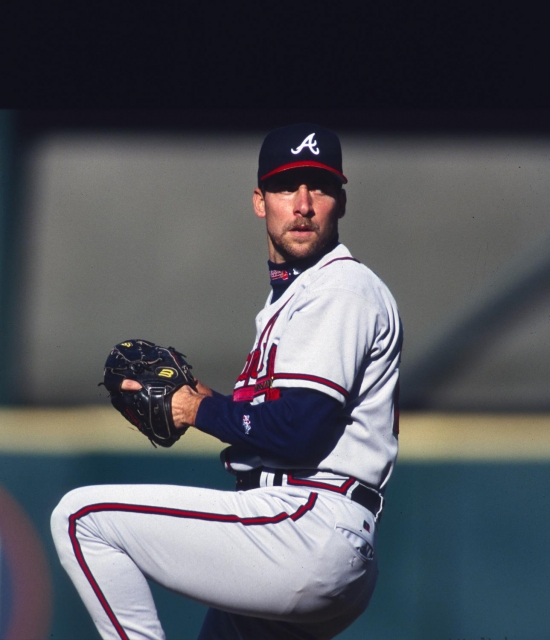 The Atlanta Braves essentially stole John Smoltz when they traded what was left of Doyle Alexander to the Detroit Tigers for him and doesn’t the latter could have that one back?

Smoltz would go eight All-Star Games and is the only Pitcher in history to record 200 Wins and 150 Saves.  The righthander would establish himself as an elite Pitcher in the 1991 post-season where he went 2-0 in the NLCS and had a 1.26 ERA in the World Series.  Smoltz would again have a good playoff in 1992 where he went 3-0 and was the NLCS MVP.

As part of a triumvirate of greatness with Greg Maddux and Tom Glavine the Braves had the best rotation in baseball in the 1990s, although they only have one World Series win (1995) to show for it.  Like Maddux, Smoltz would win the Cy Young as a Brave (1996) and he would also lead the National League in Strikeouts twice.  Smoltz is one of the few pitchers to whiff 3,000 batters for one team (3,011) and he racked up 210 Wins playing for the ATL.

What really made Smoltz unique was when he came back from injury after sitting out the 2000 Season and became a closer.  He would have three seasons of 55, 45, and 44 Saves respectively and he would be named the Rolaids Reliever of the Year in his 55 Save season, a number that was good enough to lead the league.

This is quite a versatile resume isn’t it?

John Smoltz was inducted into the Baseball Hall of Fame in 2015, his first year of eligibility.