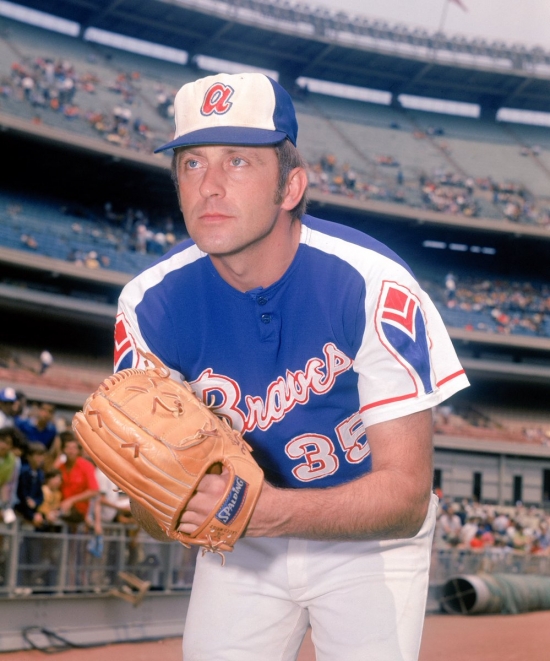 Phil Niekro played an incredible 24 seasons in the Major Leagues, 20 of which took place in a Braves uniform, and seemingly no matter how old he was (and how old he looked) he defied Father Time much longer than any Pitcher had the right to.

The secret to his success was the knuckleball, a pitch that is hard to master but does not take as much toll on your arm.  Niekro would debut in 1964 and found himself a permanent fixture on the Atlanta rotation in 1967, the season in which he won the ERA Title and he would break out in 1969 with a 23 Win season and a second-place finish in Cy Young voting.

The 1970s would prove to be very good for the knuckleballer as he would have three more seasons of top-ten Cy Young voting, two seasons where he was the National League leader in Wins, yet it also included a strange stretch 1977-80 where he would finish first in Losses, but was also first in Innings Pitched in the first three of those years.  Basically, Niekro was really good but had limited support over this time period as putting it bluntly the Braves were not very good!  Still, Niekro persevered and he had another All-Star season in 1982.  The Braves thought Niekro was done after 1983 and he was released but he went on to play four more seasons including making a final start for the Braves in 1987.

Phil Niekro was inducted into the Baseball Hall of Fame in 1997.