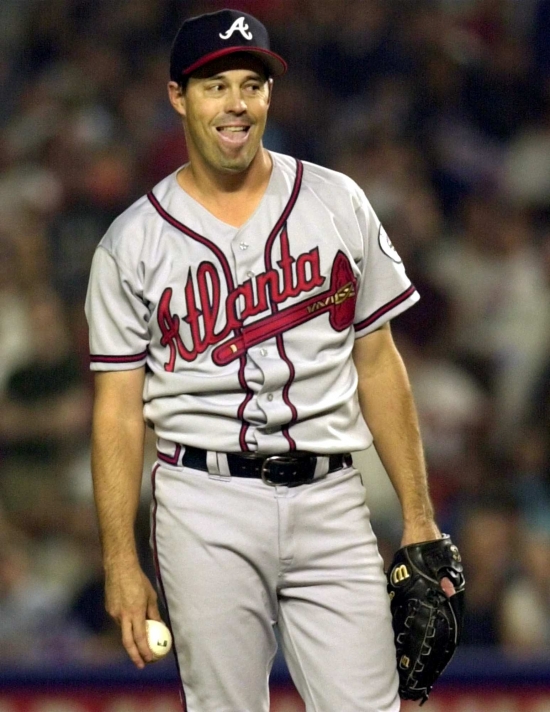 One of ten Pitchers to have struckout 3,000 batters and rack up 300 Wins (when will we ever see that again!), Greg Maddux accomplished a lot of that with the Atlanta Braves.

When Maddux arrived to Atlanta in 1993 via free agency he was the reigning National League Cy Young Award winner and it was certainly hoped that he could replicate that performance or come close to it, however he certainly exceeded all expectations that the Braves could have hoped for.  Maddux would anchor the best starting rotation in the 90’s along with Tom Glavine and John Smoltz and in his first three seasons in Atlanta he would repeat his Cy Young win making him a four time recipient of the most prestigious award that a Pitcher can earn.  In that three year span, Maddux would lead the National League in ERA, Wins, WHIP, ERA+ and FIP each year, while finishing first in bWAR for Pitchers twice with a second place finish in the other year.  That is easily one of the best runs of dominance for any player regardless of position!  This stretch was punctuated by taking Atlanta to a World Series win in 1995.

Maddux may never have won the Cy Young again but he would finish in the top five in voting four times in the next eight years he played in the ATL.  The Pitcher would record 194 Wins and 1,825 Strikeouts as a Brave while going to six All Star Games and winning 10 Gold Gloves.  While Maddux is not the highest ranked Pitcher on this list he is certainly the one most of us remember!

Greg Maddux would be inducted into the Baseball Hall of Fame in 2014 on the first ballot.