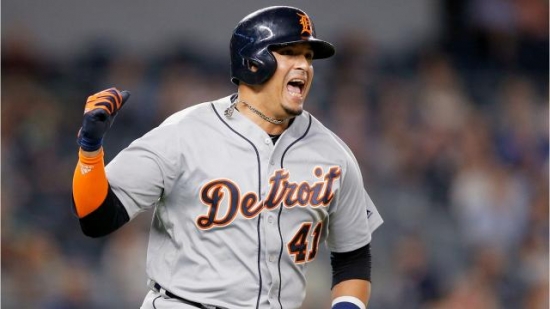 Victor Martinez played a good chunk of his career as a Designated Hitter, which, as you may deduce, means that he was not a good defensive player.  Saying that this does he mean he was pretty solid with his bat.

In a career that was divided between Cleveland, Boston, and Detroit, "V-Mart" would be chosen for five All-Star Games, with a selection occurring with at least one of those teams.  Martinez showed good power numbers with six 20 plus Home Run years, and five 100 RBI plus campaigns.  His batting eye was also strong with eight.300 Batting years, and in 2014 (with Detroit), he won the OBP Title (.409), OPS Title (.974), and was the runner-up for the American League MVP to Mike Trout.

Should Victor Martinez be in the Hall of Fame?