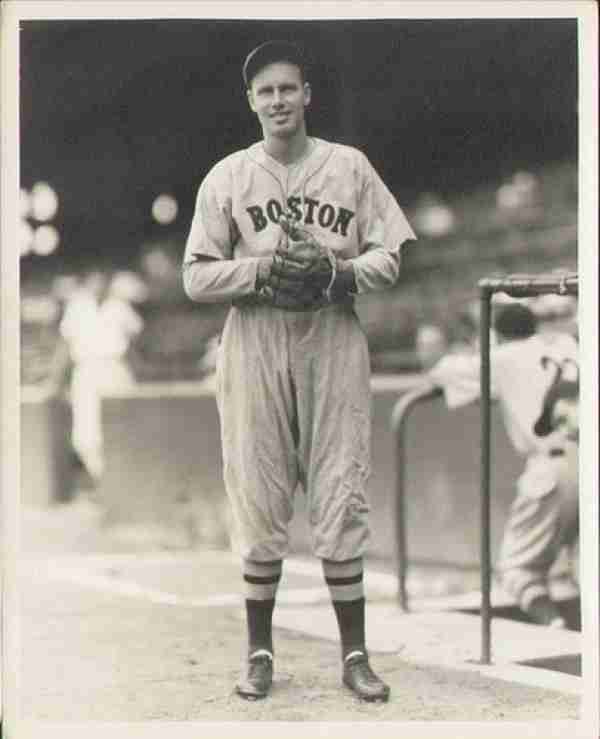 Wes Ferrell’s first four years as a regular in the Indians rotation saw him win twenty games.  He would do so again on two more occasions utilizing a brilliant fastball.  He was one of the only pitchers to retire with a winning percentage over .600 and he did so as an innings eating starter.  Ferrell also may be one of the games greatest hitting pitchers as he has decent power numbers and a lifetime .280 average.

His numbers began to sharply decline as his arm gave and he was not able to make career numbers that would have ensured him a Cooperstown plaque.  If he was alive today, he would likely be fighting for that slot.

Not a sexy candidate but a good man to have on your team,

"Good man" doesn't really scream "Hall of Famer," nor even whisper it, does it?

Ferrell's career FIP (field-indep endent pitching), ERA that factors only the "three true outcomes" stats, or those results controlled by either the pitcher or the hitter only (walks, strikeouts, home runs, hits by pitch), is 4.23, higher than his 4.04 ERA. His defense helped him out a bit here.

His other rate stats are hardly HoF-caliber. He walked 55 more hitters than he struck out, and with a hits-per-nin e innings of 9.8, his WHIP (walks plus hits per innings pitched) is a bloated 1.481.

You can argue that these stats didn't exist in Ferrell's day, and that's true. But they're derived from the record he generated at the time he played, and even if no one had qualified his record until recent decades, Hall voters, whether the writers or a veterans committee, seemed to be unimpressed all the same.

Not really a short career (Ferrell's lasted 15 seasons overall), but rather a short peak, from 1929 to 1936. He might have had six 20-game seasons, but he fell just short of 200 wins in an era when starters went the distance more often (he led the league in complete games four times and had six years with 25 or more), increasing the odds of getting the decision, and wins were the measure of a pitcher's "effectiveness."

All pitchers who won 20 games 5 times are IN the Hall of Fame.

if ya won 6 times...they should build a separate wing......
Quote
0 #2 John Smith 2015-04-30 02:15
Similar to Jack Morris, he had a higher W-L % than you would expect from his ERA. Was this due to chance? I don't know honestly. His hitting didn't hurt his W-L. He definitely increased the chances of his team winning the next game by giving the bullpen a day off. Short career in an offensive era with four seasons at Fenway, His bat, his allowing the bullpen to rest and his W-L% are enough to elect him for me. Not a sexy candidate but a good man to have on your team, I also wonder how many other pitchers in the live ball era won 20 games 6 times and are not in the Hall.
Quote
0 #1 R C Byko 2013-05-23 14:02
FIRST...as a pitcher...

He was THE THE BEST HITTER in baseball ...period

Shame on the hall of fame...
Quote
Refresh comments list
RSS feed for comments to this post