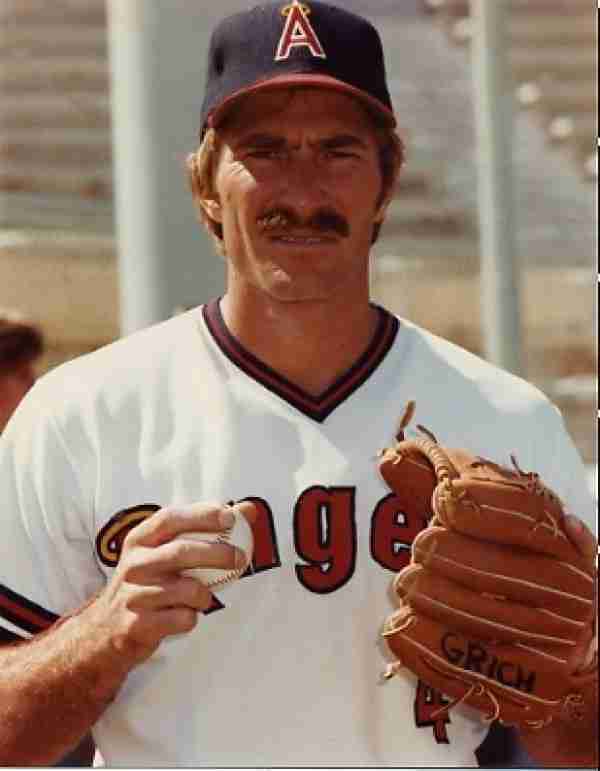 1,800 career hits and a lifetime .266 Batting Average sound like a good career but not necessarily a Hall of Fame one.  A closer look at the overall body of work of Bobby Grich indicates he is a lot closer than you would think.

Prior to Grich, the prototypical second baseman was a smaller athlete who was a wizard with the glove, and any offense you got from him was a bonus.  There were occasional exceptions, but that was generally the rule for the position.  Grich was oversized for a Second Baseman, but had exceptional range and won four Gold Gloves.  Grich had decent power and co-led the league in homers during the strike-shortened season of 1981.  Grich may not have been dazzling with his traditional batting numbers, but he was with his On Base Percentage which was often well over a hundred points over his Batting average.

Bobby Grich had the misfortune of making the ALCS five times but his teams could not get to the World Series.  Grich may not have been any serious threat for a post season award, but time is showing a new light on his contributions and his ushering in of a new wave of offensively capable second basemen.  We are still not sure if he should be in the Hall, but we do believe he deserved better than being a “one and done” for the Baseball Writers in terms of his eligibility.

0 #6 Jennifer Bangstrom 2021-05-10 13:20
So, Bobby gets 58% "definitely" and 17% "no way," whereas Marty Marion currently has 69& "definitely" and only 6.1 "no way." I'm sorry to be rude, but the bias in favor of old timers can get a little ridiculous, here and everywhere else. Older does not equal better.
Quote
0 #5 Sean DeMarco SeanAKADeViLzzz 2016-10-08 10:54
You think his batting average was poor in the regular season? Well he hit under the Mendoza line for the postseason. Sorry he may have done some good things in his career but to me he doesn't look like a HOFer.
Quote
0 #4 Darryl Tahirali 2016-07-20 23:36
Very much a proto- guy: Hit better, particularly with power, than a middle infielder was expected to in his era while still being a top-notch defender.

Numbers people love him while others may scratch their heads. I think he belongs, but whether the overtaxed Expansion Era Committee will think so is another story; maybe if Joe Morgan remains on the committee.
Quote
0 #3 greg dude 2015-06-02 05:02
Higher OBPthan George Brett
Quote
0 #2 John Smith 2015-04-30 03:01
Belongs in the Hall of the Very Good.
Quote
0 #1 Lance Roten 2014-02-17 22:28
Very underrated. Wouldn't put him in before a Lou Whitaker but Grich deserves a much better look from the VC than he's gotten.
Quote
Refresh comments list
RSS feed for comments to this post