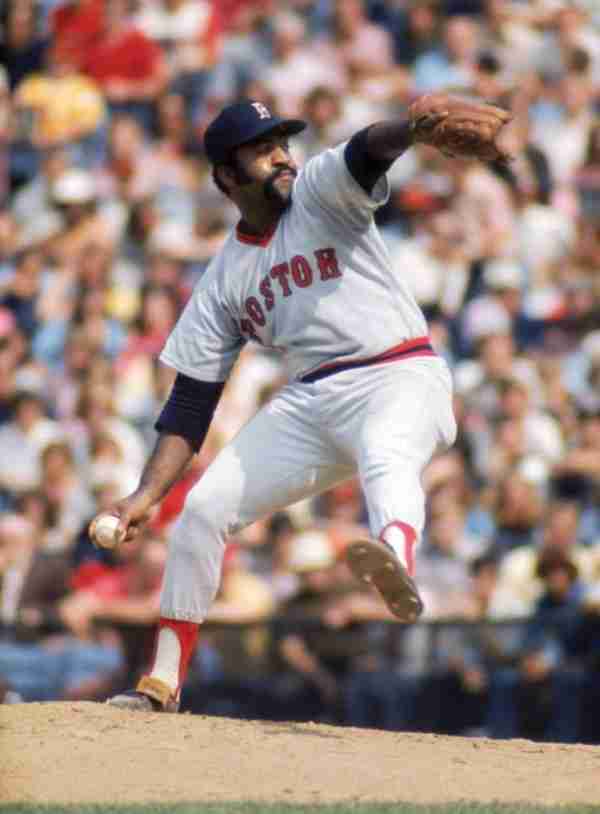 In the long and illustrious (often tortured) history of the Boston Red Sox, a case can be made that of all the men who graced Fenway’s mound Luis Tiant was the most popular of them all.  Considering the number of great athletes who have donned the Red Sox uniform this is an impressive accolade indeed.

Tiant wasn’t just popular because of his friendly demeanor, inviting accent, and the fact that he didn’t look like an athlete; Tiant was also popular because he was damn good.  Four times in his career, the Cuban won twenty games with his unorthodox delivery.  When he was on, he had excellent control and could get batters out with finesse or power.

Midway through his career, Taint missed a lot of games due to issues with his shoulder.  After a few very sup par campaigns, he resurrected his career with Boston but not before losing out on seasons that would have easily padded his stats to make him more palatable to Cooperstown.  Tiant also gave up a lot of home runs which hampered him at every juncture of his career.  If those bad seasons were just below average, Tiant very well could have had a place in the Hall.