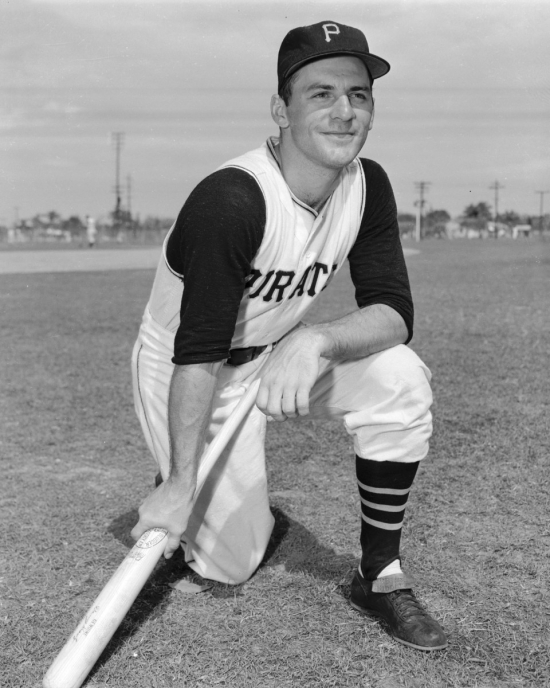 Dick Groat was one of the greatest college athletes ever at Duke University, where he was so good at both basketball and baseball that he is in both of those sports colligate Halls of Fame.  Professionally, Groat opted to play baseball…well at first anyway.

Groat signed with the Pirates after his stint with the Blue Devils, and he went straight to the parent club as opposed to going to the minors.  Groat was the second runner-up for the National League Rookie of the Year in 1952, but he missed all sports as he was in the military for the next two seasons.  The Shortstop returned in 1955, and he proved to be one of the best defensive infielders in the National League, finishing in the top ten in Defensive bWAR seven times.  Groat was a decent enough hitter, batting at least .300 three times with the Pirates, including a .325 season in 1960 where he won the Batting Title, but that would not be all he captured that season.

1960 was a dream season for Groat, who also was named the National League MVP, and had career-highs not only in Batting Average but in On Base Percentage (.371).  The Shortstop helped lead the Pirates to win the World Series that year, capping off Groat's ultimate year.

After the 1962 Season, Groat was traded to the St. Louis Cardinals, and in his first year there, he had a personal best of 201 Hits with 43 Doubles, which led the NL.  He batted .319 that year and was second in MVP voting.  After two more good years in St. Louis, he was traded to Philadelphia and would close his career in 1967 with a brief stint with the San Francisco Giants.

Groat would accumulate 2,138 Hits with a .286 lifetime Batting Average, and was an All-Star in five of his seasons, three with Pittsburgh and two with St. Louis.

Should Dick Groat be in the Baseball Hall of Fame?