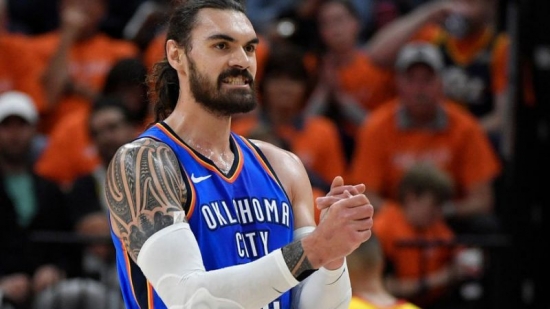 The Jason Momoa of the National Basketball Association, Steven Adams, as of this writing, is entering his seventh season with the Oklahoma City Thunder.  OKC is to date is the only team he has ever played for in the NBA.

Adams made history as the first player from New Zealand to be chosen in the First Round (13th Overall in 2013).  Year after year, his playing time has increased, and in his last two seasons, the big Kiwi has averaged 13.9 Points per Game with both years seeing his rebounding totals dance over 9.0.  His advanced numbers have also reflected excellent play with his last two seasons, seeing him secure a PER of 20.6 and 18.5, respectively.  As he might have to take a more significant role in the Thunder, it is conceivable that his per game averages will increase.