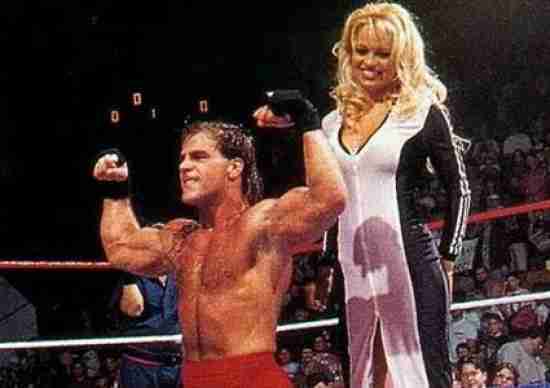 In 1995, Baywatch star, Pamela Anderson was considered the hottest woman in the world, and the WWE got her to appear at the Royal Rumble that year with the premise that she would accompany the winner to their Championship Match at Wrestlemania.  Anderson appeared at Wrestlemania albeit in the corner of the champion (Diesel), but it is possible that she helped buy rates for those two shows.  Still if you watch Anderson appearances at those two pay per views it was clear that she would rather be anywhere else!