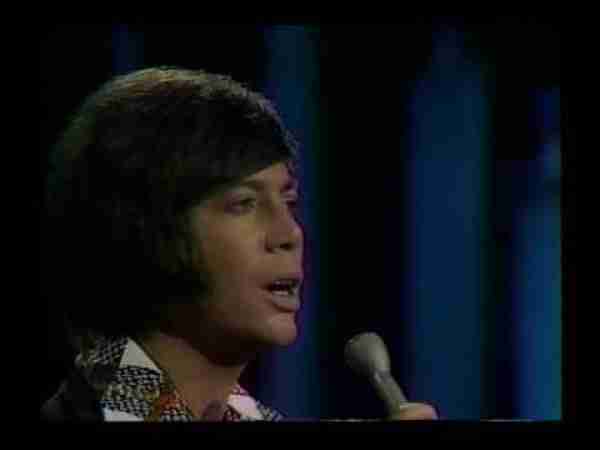 
Was there a rule in the late 60’s and early 70’s that if you wrote a sappy ass song you would hand it over to Bobby Goldsboro?  There had to be, as the helmet-headed Goldsboro sure could nail cheese.

“Honey” tells the story of a man who reminisces of his deceased wife.  The intention is to pull on heart strings, but it evokes more of an unintentional comedic tone.  Lyrics where his “Honey” is described as “kind of dumb” and a passage where the narrator laughs as she slipped and fell may intend to talk of a playful relationship, but it comes across as condescending instead.  Chances are that shortly after crooning about “Honey” the narrator quickly replaced her with a mail-order bride, and called her “kind of dumb” too.

How awful is Honey?

With changing times, comes a change in tunes. What sounds sappy to you now, was considered a very good song.then. Yes it sounds sappy too me also, now. But not back then. If you listen really well, you could call a lot of songs back then, sappy.
Quote
-2 #1 Norman 2013-03-22 20:34
Only #19? I dread to think of what 18 songs could be worse.
Quote
Refresh comments list
RSS feed for comments to this post