Devin Hester states he is a Hall of Famer 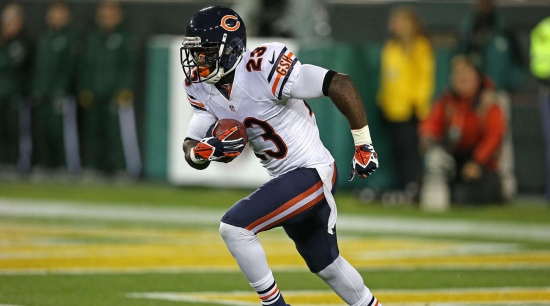 The Chicago Bears will be entering their 100thseason of Professional Football, former Return Specialist, Devin Hester was asked by Joe Greenberg of the Atlantic about his Pro Football Hall of Fame chances.

Hester had this to say:

“I have no doubt in my mind I will make it.  I know I will.  When it’s all said and done, there’s no question I will be a Hall of Famer.”

Hester is arguably the greatest Returner ever in NFL history but even if you agree with that, there has never been a return specialist who has entered the Pro Football Hall of Fame.  11,028 of his 14,455 All-Purpose Yards came from returns and he was a four-time Pro Bowl and three-time First Team All-Pro in that capacity.  He holds the record for the most non-offensive Touchdowns with 20.

With the perception as the greatest returner intact, the question really is how the position is viewed.  As we know, Special Teams players struggle to get into the Hall and there are already a lot of high-end players (regardless of the position) that are still on the outside looking in.

Hester will be eligible for Canton in 2022 and his profile is already up on Notinhalloffame.com.

Devin Hester will likely enter the Pro Football Hall of Fame, but not as quickly as he thinks.