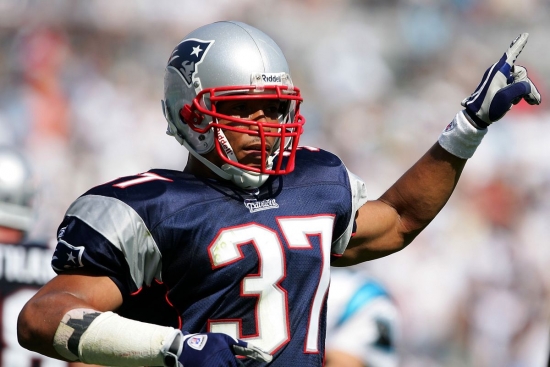 Regular visitors of Notinhalloffame.com know that we are slowly working on the top 50 of every major team in the NHL, NBA, NFL and MLB. Once that is done, we intend to look at how each team honor their past players and executive.  As such it is news to us that the New England Patriots have announced that Rodney Harrison will be the new inductee to their franchise Hall of Fame.

Harrison was a San Diego Charger for the first nine years of his career and he would sign with New England before the 2003 season.  The Defensive Back would help the Patriots win two Super Bowls (XXXVIII & XXXIX) and he was a First Team All-Pro in 2003.  Overall, he would play 63 Games for the Pats and secured 8 Interceptions with 441 Tackles.

The induction of Rodney Harrison makes this the 29thmember of the Patriots Hall of Fame, which at Notinhalloffame.com we consider to be one of the best franchise Hall of Fames of the big four of North American sports.  Harrison beat out Richard Seymour and Mike Vrabel who were the other two finalists.

We here at Notinhalloffame.com would like to congratulate Rodney Harrison for earning this very prestigious honor.

More in this category: « The Carolina Panthers announced four new names for their Hall of Honor Major Update: Our WWE List has been revised! »