Six Names leaked for the Basketball Hall of Fame 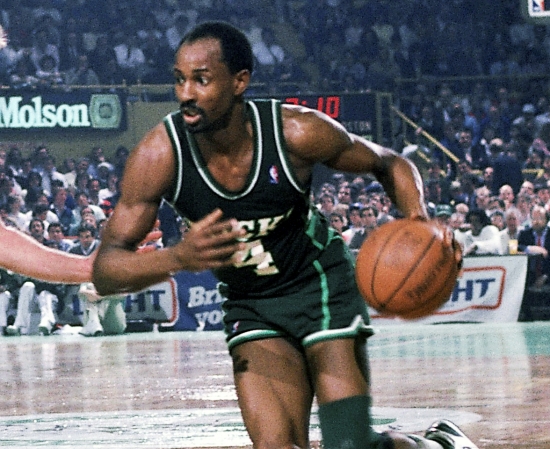 Six names for the Naismith Basketball Hall of Fame have been revealed byESPN’s Adrian Wojnarowskiand let’s just get right to who they are:

Al Attles:  Attles played for the Philadelphia /San Francisco Warriors for over a decade but midway through the 1969/70 Season he would become the Warriors Player/Coach making him one of the first African-American Coaches in the National Basketball Association.  He hung up the shoes a year later but was their Head Coach until 1983 where he would take them to the Championship in 1975 and compiled a 588-548 record.

Chuck Cooper:  Cooper made history as the first African-American to be drafted in the NBA, which occurred when Boston Celtics chose him with their Second Round Pick (14thOverall) in 1950.  Cooper played for Duquesne collegiately and was in the NBA for seven seasons (Boston 1950-54), Milwaukee/St. Louis Hawks (1954-56) and Fort Wayne (1956).  Cooper faced intense prejudice as he would often have to stay in separate hotels and dine separately from his teammates. Cooper was chosen by the direct-elect Early African-American Pioneers Committee.

Vlade Divac:  An NBA All Star in 2001, Vlade Divac had over 13,000 Points over his career and would take Yugoslavia to many championships, most notably a win at the 1990 World Cup. Divac is Serbian and has been known for his humanitarian efforts and he is currently the General Manager of the Sacramento Kings.  He was ranked #24 by us on Notinhalloffame.com and he enters via the International Committee.

Bobby Jones:  A Second Team All American from North Carolina, Bobby Jones began his pro career with the Denver Nuggets of the ABA in 1974 and would later join the Philadelphia 76ers until he retired in 1986.  Jones would go to four All Star Games was named to eight First Team All Defensive squads was the first ever Sixth Man of the Year and in 1983 he helped the Sixers with the NBA Title.  Jones was ranked #14 on our latest Notinhalloffame.com list.

Sidney Moncreif:  Moncrief was a First Team All-American and SWC Player of the Year in 1979 and in the NBA he was a two time Defensive Player of the Year (1983 & 1984) and was a five time All Star (1982-86). Moncreif played 12 of his 13 seasons with the Milwaukee Bucks and he was ranked #2 on our latest Notinhalloffame.com list.

Paul Westphal:  Westphal would help the Boston Celtics win the 1974 NBA Championship and from 1977 to 1981 he was named an All Star with three of those seasons (1977, 1979 & 1980) seeing him named a First Team All Pro while he was with the Phoenix Suns. He was ranked #15 on our last Notinhalloffame.com list.

For us Webber’s induction to the Basketball Hall of Fame is long overdue and we are guessing that they are wiping out his accomplishments at the University of Michigan due to the booster scandal he was involved in.

Next year is absolutely loaded as Kobe Bryant, Tim Duncan, Chris Bosh and Kevin Garnett are now eligible. We will be updating our Notinhalloffame.com Basketball list next month.

We here at Notinhalloffame.com would like to congratulate the six men who have been reported to be inducted into the Naismith Basketball Hall of Fame.

More in this category: « 10 Names added to the WWE Legacy Wing The 2019 Naismith Basketball Hall of Fame Class is Announced »