D-Generation X named to the WWE Hall of Fame 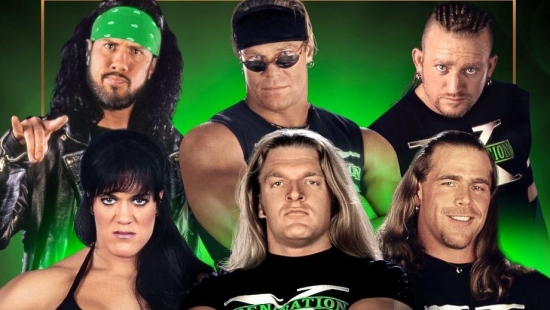 The Hall of Fame season continues as the WWE Hall of Fame has announced that the collective group of D-Generation X will be inducted at this year’s ceremony.  This includes Shawn Michaels, Triple H, X-Pac, The Road Dogg, Billy Gunn and Chyna.

For Shawn Michaels, this is his second induction joining “Nature Boy” Ric Flair as the WWE Hall of Fame.  Shortly after DX was formed Michaels formed the group with Triple H and Chyna and he would win the WWF World Heavyweight Championship at the controversial 1997 Survivor Series.  Michaels and Triple H reformed DX in the late 2000’s.

The formation of DX vaulted Triple H to the main event and following Michaels’ sabbatical for four years due to injury he would take over the group.  Currently the COO, it is likely that Triple H might feel a little uncomfortable going in as a solo act but he is multi-time WWE Champion and Wrestlemania main eventer and he certainly belongs regardless of his position in the WWE.  He was ranked #4 on our latest list.

The New Age Outlaws formed in 1997 and would join D-Generation X after Wrestlemania XIV and would be multi-time tag team champions.  They provided necessary depth to the group and were the most over tag team in the late 1990’s. Currently, The Road Dogg works as a producer for the WWE and Gunn is with AEW as an agent.  We had them ranked as a pair at #48.

X-Pac also joined DX the night after Wrestlemania XIV.  Previously wrestling in the WWF as the 123 Kid, Sean Waltman competed as Syxx in WCW but was fired from the company primarily due to injuries.  It would prove to be a bad move by WCW as X-Pac would have the best run of his career as a member of DX.  He was ranked #75 on our latest list.

This group will remove five people off our Notinhalloffame.com list, which will be updated after Wrestlemania.

We here at Notinhalloffame.com would like to congratulate the newest members of the WWE Hall of Fame.