Ted Nugent Claims he should be in the RRHOF 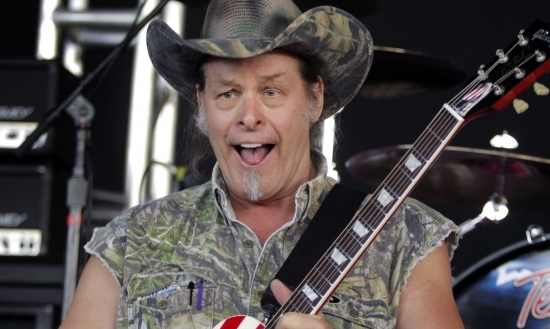 In an interview with My Global Mind Magazine, Nugent had the following to say about his omission from the Hall:

“I have some really clear thoughts. Its sacrilege, it’s ultimately disrespectful and cruel to Chuck, Bo and Little Richard and all the founding fathers in the Rock & Roll Hall of Fame

Because the Rock & Roll Hall of Fame means something and I don’t have to explain to you because you know, and you don’t have to explain it to me. Abandon egos, bragging, and Ted Nugent speaking on behalf of Ted Nugent; is it or is it not vulgar, dishonest, and obscene that Grand Master Flash, Patti Smith, and ABBA are in the Rock & Roll Hall of Fame but Ted ‘Fucking’ Nugent isn’t!

Is that the most outrageous and disgusting lie you have ever seen? Joe Walsh nailed it; ‘It’s not music lover driven.’ He used the word fan, and it’s not fan driven. Its ultra leftist liberal CEO driven gang who couldn’t give a rat’s ass about the music.”

David Crosby, a two time inductee with the Byrds and Crosby, Stills & Nash responded on Twitter with a simple shot:

“That is really funny stuff ....he’s not good enough and he never will be ....a hack player and no singer at all ....could not write a decent song if his life depended on it”

If this seems familiar, it is because the same thing happened a year ago where Nugent stated he should be in, and Crosby decreed the Motor City Madman (actually he called him an asshole) wasn’t good enough.

Damn, we love the drama that this Hall continues to create!

More in this category: « Trent Reznor blasts the Rock and Roll Hall of Fame Bruce Dickinson calls out the Rock Hall »