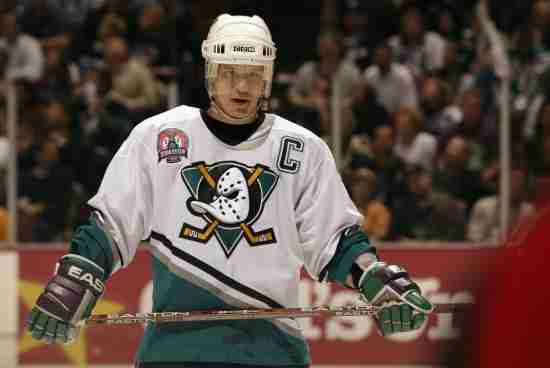 As such, it is important to us that the Anaheim Ducks have announced that they will be retiring the numbers of former players Paul Kariya and Scott Niedermayer during the 2018-19 season.

Paul Kariya played his first nine seasons of his NHL career with seven of which served as the team’s captain. The Left Winger would score 669 Points in 606 Games for the Ducks, which generated an excellent 1.10 Points per Game Average. He would collect a lot of hardware with the then named Mighty Ducks as he was named a First Team All Star three times, a Second Team All Star twice, would win the Lady Byng Trophy twice and was a part of the team’s first trip to the Stanley Cup Finals in 2003. He was inducted into the Hockey Hall of Fame in 2017.

Scott Niedermayer was with the Ducks for the last five seasons of his career. After winning three Stanley Cups with the New Jersey Devils, Niedermayer would help Anaheim win their first and to date only Stanley Cup in 2007, where he was named the Conn Smythe Trophy winner. He was inducted into the Hockey Hall of Fame in 2013.

The addition of Kariya’s #9 and Niedermayer’s #27 number marks the second and third numbers retired by the Ducks. The team has already retired Teemu Selanne’s #8.

We here at Notinhalloffame.com would like to congratulate both Paul Kariya and Scott Niedermayer for earning this prestigious honor.

More in this category: « The Motorsports Hall of Fame announces their 2019 Class The Pro Football HOF Ceremony will not acknowledge T.O. »