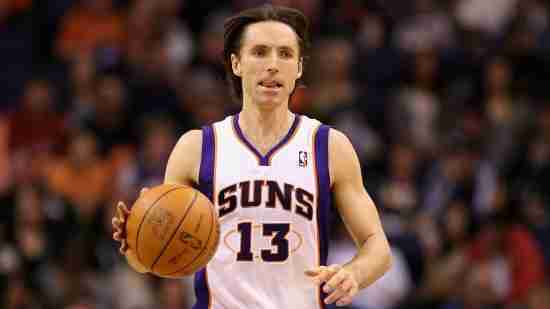 25 Jan
2018
Not in Hall of Fame
We mentioned that due to the abrupt alteration of the Naismith Basketball Hall of Fame’s changing of eligibility rules from five years to three years after retirement would necessitate a rapid change in our basketball list. We have done just that!

Normally when we do a significant revision we take into account your votes and comments. We are not doing that this time, as we will hold off until the change after the announcement of the next class, which will be announced during the Final Four. Rather, we are just inputting those who are now eligible into the slots where we feel they belong.

Here are the new entries to our Notinhalloffame.com Basketball List:


1. Steve Nash. The Canadian two-time NBA MVP supplants Jason Kidd at #1 on our list. The former Point Guard went to eight All Star Games, was a three time First Team All Pro and was also a five time Assists Leader.

3. Ray Allen. Allen is the all-time NBA leader in three point field goals and was a ten time All Star. Allen is also a two time NBA Champion winning a title with Boston (2008) and Miami (2013).

19. Chauncey Billups. Billups was the NBA Finals MVP for the Detroit Pistons and their shocking Championship win. He was also five-time NBA All Star.

42. Shawn Marion. “The Matrix” helped the Dallas Mavericks win the NBA Title in 2011 and he is also a four time All Star.

54. Rashard Lewis. Lewis was a two time All Star who late in his career helped the Miami Heat win the NBA Championship.

Andrei Kirilenko. From Russia, Kirilenko is a one time All Star who was once the league leader in Blocks.

Jermaine O’Neal. O’Neal went to six All Star Games and was one time Second Team All-NBA Selection. He was also chosen for a pair of Third Team All-NBA squads.

Antawn Jamison. Jamison is a two time All Star who also won the 6th Man of the Year.

Hedo Turkoglu. From Turkey, Turkoglu was named the Most Improved Player of the Year in the 2007-08 Season.

We here at Notinhalloffame.com encourage you to take a look at these revisions and give us your feedback!
Tagged under
Tweet

More in this category: « The Baseball Hall of Fame Class of 2018 is announced! Vladimir Guerrero will be inducted as an Angel »