The Minnesota Twins to induct Johan Santana to their Hall of Fame. 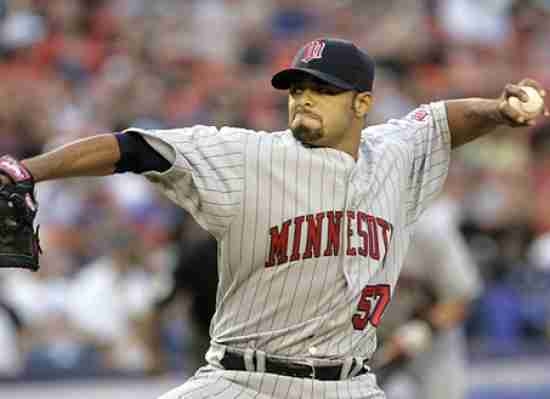 20 Jan
2018
Not in Hall of Fame
Shortly the Baseball Hall of Fame will be announcing who will be inducted into Cooperstown and former Pitcher Johan Santana is on the ballot. While it is uncertain as to whether Santana will receive the necessary votes to make the Hall (or even the 5% to make the next ballot due to the plethora of names who are eligible to vote for) he will be enshrined for sure into the Minnesota Twins Hall of Fame.

The Venezuelan arrived to Minnesota via trade from the Florida Marlins on a 1999 Rule 5 draft swap for Jared Camp. It is easy to see who won this deal isn’t it?   Santana made the Twins roster in 2000 and he bounced back and forth between long relief and spot starting but in 2003 he began to put it altogether and won a permanent spot in the rotation becoming one of the better hurlers in the last half of the season and he helped the team make the playoffs that year.

Santana was traded to the New York Mets in the off-season.

Johan Santana’s overall numbers with Minnesota are 93 Wins against 44 Losses with 1,381 Strikeouts with a 3.22 Earned Run Average.

We here at Notinhalloffame.com would like to congratulate Johan Santana on earning this prestigious honor.
Tagged under
Tweet

More in this category: « The Philadelphia Flyers retire the #88 of Eric Lindros The University of Pittsburgh will soon have an athletic Hall of Fame »