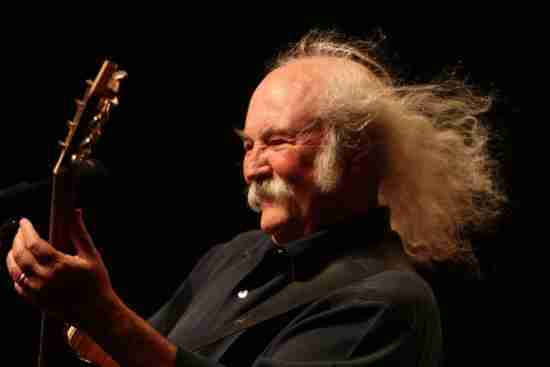 18 Aug
2017
Not in Hall of Fame
We love a good feud…especially when it is over the Rock and Roll Hall of Fame.

While it was always safe to assume that Ted Nugent and David Crosby were never likely to share a stage, it is certainly a lot more likely now.

Recently, Nugent stated that his omission from the Rock Hall stemmed solely from his participation with the National Rifle Association.  When a fan asked Crosby on Twitter as to whether that was the reason why the Motor City Madman was omitted his response was not exactly kind:

You didn’t think Nugent would let that go did you?

On Nugent’s Facebook Page, he responded on a more personal level:

“Everybody knows that David Crosby is an evil rotten soulless punk that has criminally poisoned his bloated carcass his entire vapid life.  I couldn't be more proud that such an uncaring dirtbag hates me while he competes with Michael Moore to see who can go the longest without hygiene. Zombieboy would hurt himself if he tried real rockNroll like mine. Lets all pray he can form a syllable before his borrowed liver fails."

This is not the first time the two have bickered over social media as Crosby was critical of Nugent for supporting U.S. President Donald Trump and his visit to the White House.

So if Nugent does get inducted does this mean that Crosby won’t be the inductor?
Tagged under
Tweet

More in this category: « Our Top 50 All-Time New York Mets are now up Our Hockey List has been revised, Martin Brodeur now #1 »