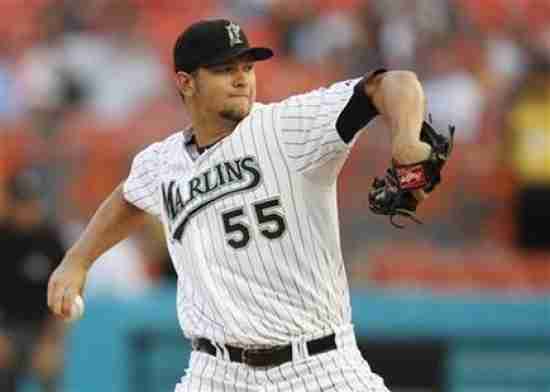 22 Jan
2017
Not in Hall of Fame
Although he hadn’t played a game in Major League Baseball since 2013, former flamethrower, Josh Johnson has formally announced his retirement from the game of Baseball.

Johnson, who is only 32, has already gone three Tommy John surgeries and it became clear that his elbow would not rebound.

The now former Pitcher played eight of his nine seasons with the Florida/Miami Marlins, before being traded to the Toronto Blue Jays.  Johnson’s best seasons were in 2009 and 2010, both of which saw him go to the All Star Game.  In 2010, Johnson would lead the National League in Earned Run Average, ERA+, FIP and HR/9 and finished 5th in Cy Young voting.

Johnson will not be part of our Baseball Futures, as he only played nine seasons and thus is ineligible for the Baseball Hall of Fame.